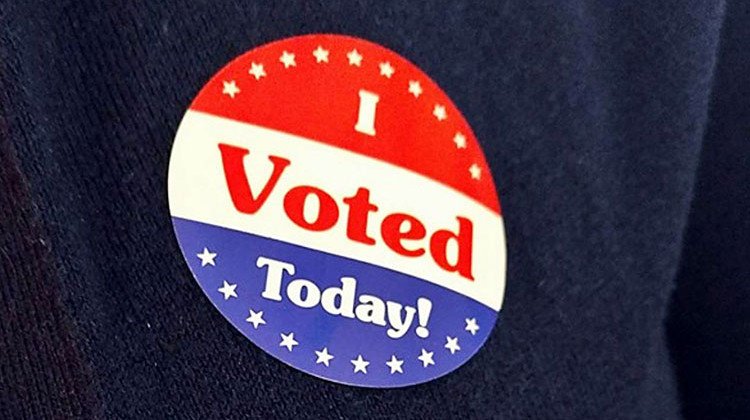 A man  channeling his own inner Larry David once asked me, “Why do they call it early voting? Why not just call it, voting?”

I shrugged my shoulders at the time. But if you believe words have power, he did have a point. The term “early” voting does leave people waiting for “on-time” voting. For a presidential election this results in long gridlocked lines on the official Election Day.

However you want to dub it, you can now vote in person in Miami-Dade starting today, Monday October 19  until Sunday, November 1. Each of those days from 7 am to 7 pm,  33 different voting locations will be open. The locations vary from college campuses at FIU and Miami Dade College, to libraries in Coral Gables and Florida City to the Frost Museum of Science in Downtown.

Each of the voting locations also comes complete with a ballot drop box where you can submit your vote by mail ballot that you completed at home. You can see a list of all the Miami-Dade early voting locations here.

While we encourage everyone to take part in the democratic process, we’re not going to be one of those inane publications that say it doesn’t matter who you vote for as long as you vote. Each race has a better candidate or at least a candidate who is the lesser of two evils.

You already know who you are voting for president, but take the time to research the congresspersons, state senators, and judges that are running as well. You probably already received a sample ballot in the mail. If not you can sneak a peak at who is running for what with a sample ballot customized for you here.

Remember to bring a valid photo ID with signature. Acceptable forms include: Florida driver’s license or ID card issued by the Department of Highway Safety and Motor Vehicles; US passport; debit or credit card; military ID; student ID; retirement center ID; neighborhood association ID; public assistance ID; veteran health ID issued by the US Department of Veterans Affairs; license to carry a concealed weapon or firearm; or an employee ID card issued by the federal government, the state of Florida, or any county or municipality. If your photo ID does not include your signature, you will be asked to provide another ID that has your signature.

You’ll also need to bring a face mask too. Finally please be kind to the poll workers when they ask you to sanitize your hands on the way in and out.