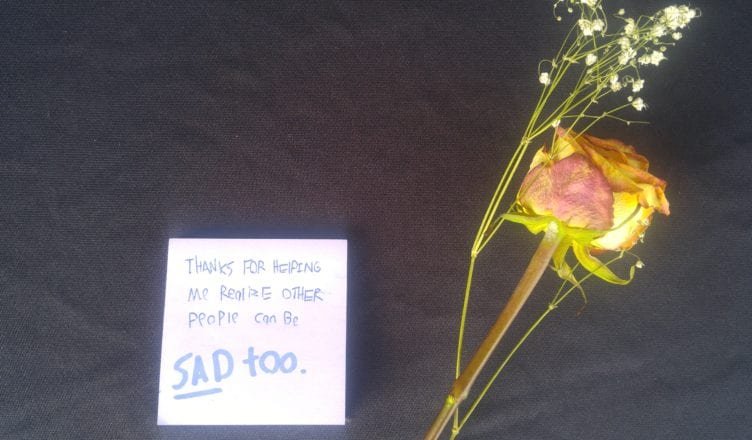 X’s mourners arrived at the arena on a very hot Florida day, waiting one hour outside in the heat (no shade) and up to four hours in total. Many wore black but some wore shorts.

There was a strict and 100 percent enforced policy: no video, recording devices or phones allowed. The family (unconfirmed) likely wanted to control any media of such a private and personal event. Not surprising after the fiasco outside the motorcycle shop when he was slain.

There were armed Broward County Gang Task Force cops everywhere screening entrants and managing the crowd. Once inside, mourners waited in a long line. It moved slowly towards a downward slope depositing fans onto the floor of the arena. A winding line lead up towards the casket and those inside could see the casket but not in great detail from afar. X’s music played in both the arena and in the hallway. A small video played on a continuous loop.

People waited about two hours once on the floor to get near the casket. The mood inside was somber, some cried, some sang, a few wailed, most waited patiently. Nearing the casket, two large video screens were on each side of the stage. Escorted towards a stage, mourners were allowed approximately thirty seconds to pay their respects to the deceased.

Jahseh (XXXTentacion) was described as looking “beautiful, glowing, alive, at peace.” He had two braids sorta jutting out to the side. Maybe his family will release images, if they choose. Fans (likely over 20,000, but unconfirmed) came through and were then escorted outside. They were not allowed to leave anything by the casket but outside there was a memorial where fans deposited flowers, art, trinkets, notes and keepsakes. Security confirmed the family would pick them up later to take to the private ceremony.

Outside, the Gang Task Force  stopped letting people in at 5:05pm, turning away about 1,000 disappointed fans. Many who saw him and whom were denied drove hours to pay their respects. Many friends were separated as some arrived at different hours and they couldn’t communicate with people inside. The cops were nice but stern as they cleared the concourse outside the arena.

It was a respectful, sad, somber but peaceful public ceremony with little to no incident. #RIPX

In addition, we spoke to the reporter who last interviewed X.