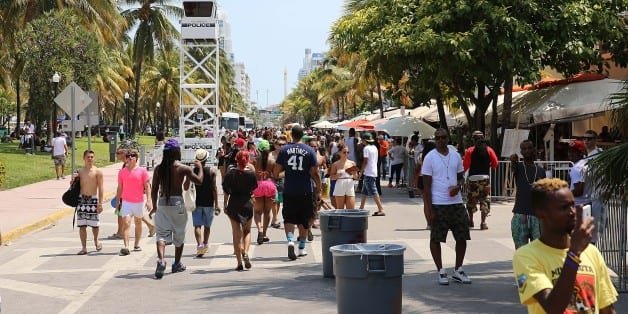 There’s chatter in your workplace, social media, on comment threads, in subtext and innuendo. If you’ve lived in Miami for awhile, you’ve heard it for years: stay off of South Beach Memorial Day Weekend. You’ve heard it from residents who flee to The Keys or up north. From Homestead to Aventura, through Brickell and out to Kendall, it’s a common chorus: stay away from South Beach Memorial Day.

Why exactly? Is it the traffic, overpriced drinks, congestion, extra police, DUI checkpoints, lane closures, crowds, and the possible threat of violence and unruliness? Or is it because of the mostly black crowd that Urban Beach Week attracts?

Urban Beach Week is a hip-hop festival held in South Beach Memorial Weekend for almost 20 years. It attracts over 250,000 visitors during a five-day period, similar numbers to Art Basel and Winter Music Conference, but unlike the European art snobs of Basel, or the hyper-energetic EDM heads at Ultra, Urban Beach Week attracts a crowd that seems to rattle this city like no other event we host.

Is this fair? Are these not hard-working people who come to Miami to spend their hard-working money on our fun-in-the sun and vibrant nightlife. Yet how do we react? Like it’s DEFCON ONE.

Throw a military-themed Air and Sea Show at the beach.

In addition, this year the city is trying to curate the festival. Miami Beach is spending $250,000 on a concert. And another $100,000 on a packed cultural events calendar, which includes a gospel performance, a celebrity basketball game, a movie screening and a barbecue contest. This is all good but . . .

Is this for our protection or is it driven by something else?

Listen. Has there been violence in the past? No question.

There are rotten apples in every bushel.

Have the cops sometimes overreacted? You think.

Remember 2011 when police fired 116 bullets at a motorist on Washington Avenue, killing the driver and injuring innocent by-standers? That cop was promoted by the way.

Either way, incidents like this amplify the “violent” rhetoric and spin the news cycle for years to come. The headlines now revolve around arrests, crime and fear mongering. Is there a racial undertone to this?

Who’s to say what’s in people’s hearts, but what do you think?