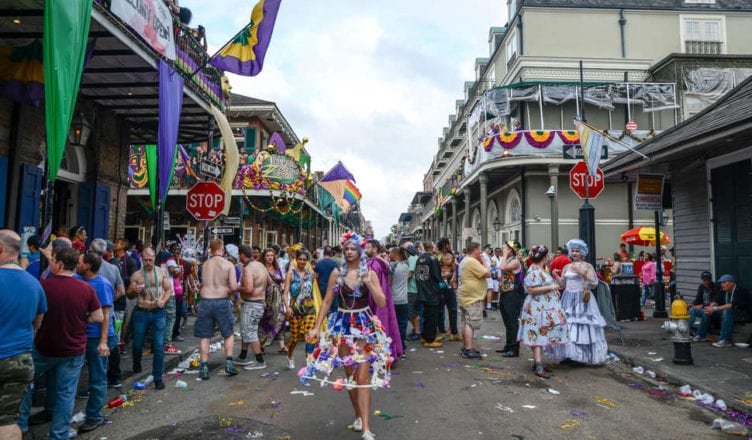 The obvious answer would be no. New Orleans is a cultural hub, an American treasure teeming with flavor, color, originality, history, and eccentricity, while Miami is this fun-in-the-sun morally bankrupt piss-pot filled with freaks, reprobates and face-eating zombies.

I just returned from New Orleans  and to compare the two cities may seem oxymoronic, but the 305 and 504 in many ways are alike. There are no two areas in the country so defined naturally for its decadence (except Las Vegas which is so contrived it’s not even worthy). New Orleans and Miami — a modern Sodom and Gomorrah — are two cities bridged by a bible belt, yet separated by its community. Miami doesn’t have community; a sense that we are all in this together, an all-for-one, one-for-all feeling of being united brethren. New Orleans has that.

There is no place in the world like New Orleans. Its citizens are truly original in character with cadence and charm seeping from their pores; the food is absolutely delectable and bursting with flavor; the music is soulful and endearing and will make you move your dancing feet; the architecture is practically colonial and reeks of history; the air itself appears to hold haunted secrets whispered to it by the Mississippi River at dawn. There is no place like New Orleans.

And when landing back in Miami, that feeling only rang truer. Miami is so small. And sometimes it feels like no one cares here. We took the Metromover from the airport; there were six people on the train; another train arrived into the airport and only eight people departed.

Miami is so small; we might have a metropolitan population of 5.5 million, but we’re spread out in microscopic pockets of suburbia and everything feels insulated, no matter where you are.

Looking out the window of the train, neighborhoods like Allapattah and Overtown sort of looked like New Orleans, but there was no teeming, raw, hustle bursting from these neighborhoods.

Everything feels stagnant in Miami compared to the Big Easy bustle of New Orleans.

And then it dawned on me why Miami is a better city than New Orleans. It’s because we are a new city. We might’ve been incorporated in 1896; but culturally, especially in the downtown corridor, we are only now growing up as a city. We’re learning how to come together, learning from each other, off each other. We’re growing. Philanthropic foundations like the Knight Foundation are leading the way with tens of millions of dollars being fused into our cultural renaissance. We still might be a weird place with a lot of fun-in-the-sun, but that’s not all we are. There is a new Miami.

And it’s rising like the tide during a full moon.

We have Ultra, a music festival featuring electronic dance music (EDM) composed from a computer; New Orleans has swinging Jazz Fest, antiquated but charming. Miami’s food seems geared towards gastronomy, while New Orleans’s food is seared with tradition. Our buildings are rising, theirs are barely standing. You want ghost tours along old dark streets, go to New Orleans. You want to jump in the ocean and feel like a kid then Miami is the city for you.

What sounds better to you?