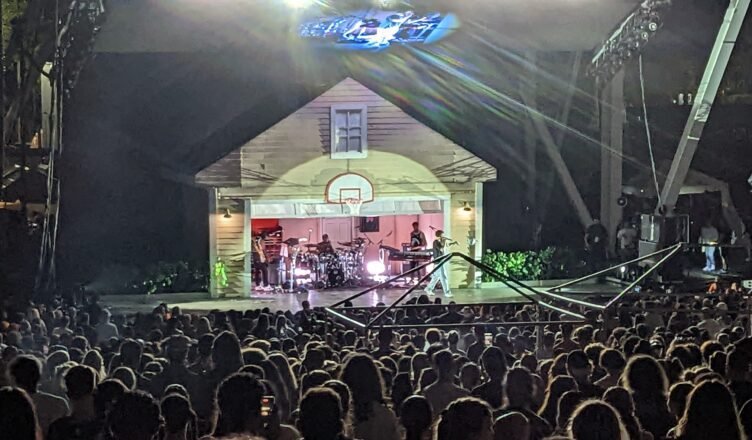 On a balmy, muggy night in mid-October, Jack Harlow brought his The Come Home the Kids Miss you Tour to the FPL Solar Amphitheater in Downtown Miami.

The place was packed if not sold out, although tickets on exchanges such as StubHub and Vivid Seats were going for as little as $14 earlier in the day.

Regardless, the place looked sold out.

The night was lit.

Boys looked fresh, the girls look hella, hella fly, and it was on.

The crowd was definitely younger but it ran the gamut from 16-year-old kids to 30-year-old heads. Not a lot of older, older heads. The lines at the bars were short and an indicator of an all-ages show but damn there were vibes.

The scene was dripping.

Jack Harlow is one of the best rap lyricists on the planet.

The Kentucky bred’s bars are fresh and loaded in similes and metaphors and all sorts of references, especially, and in particular, around the NBA and sports, even more than 90’s hip-hop lyrist and legend Phife Dawg from A Tribe Called Quest.

With the NBA season about to tip off, expectations were high. 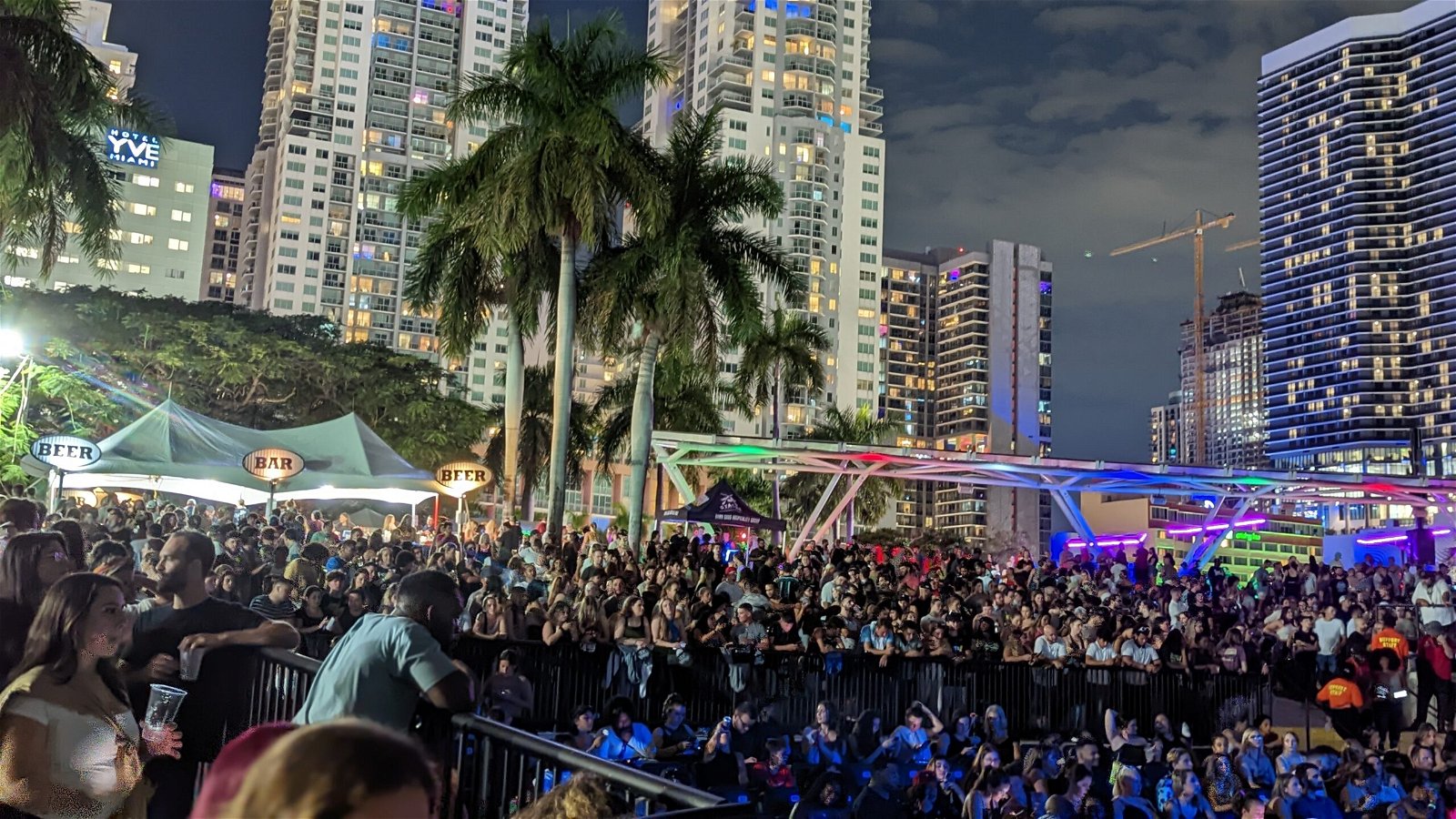 Here are some snippets…

Jack Harlow on his skyrocketing success having only broken thru in 2020..

“I went from this best known secret, to this big star and it bothered me…so I dropped this…”

And then he brought the track Tyler Herro.

The actual Tyler Herro did not come out nor do we know if he was there..

“I’ve been in NY, and LA, and I don’t want to live there. If I’m being perfectly honest, I could spend a few years of my life living in Miami. You know where this is going, right…”

And then he dropped Route 66.

About half way through the show, literally halftime, Harlow invited 3 heads from the crowd onto the stage to shoot free throws on his b-ball rim set thingy. 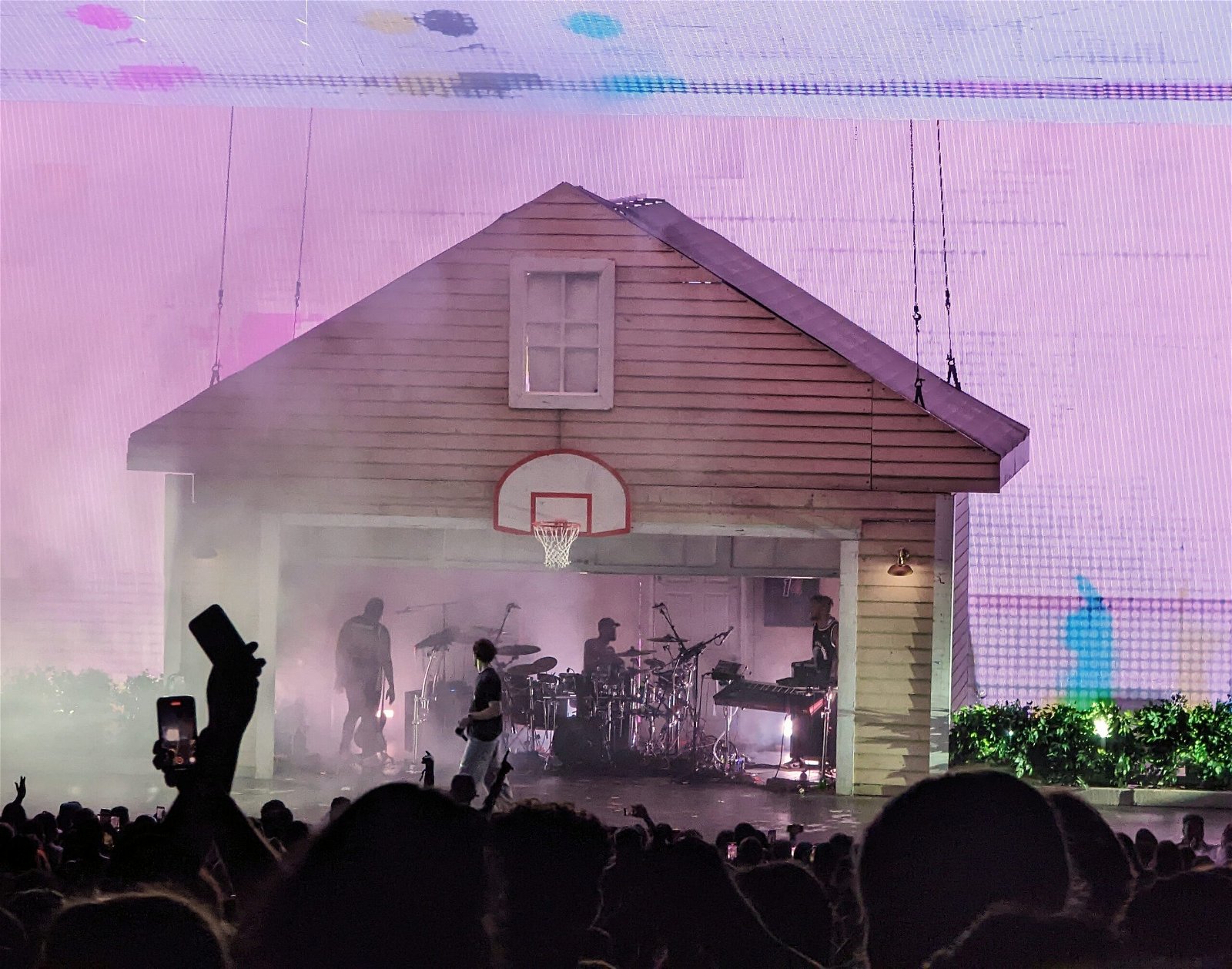 All 3 fans hit their shots..

“Miami got some shooters,” Harlow exclaimed. “Now can we get back to some music…”

TBH sorry, Live Nation —  our bad we drank a lil bit in the 2nd half  — but we still made our deadline..

Y’all get the gist…

City Girls, the Miami trap band that has been opening up throughout the tour brought a 2 live Crew type of ’90s energy filled with a straight up booty shaking bass breakin twerkalicious jam that had the 305 South Florida crowd feeling it. 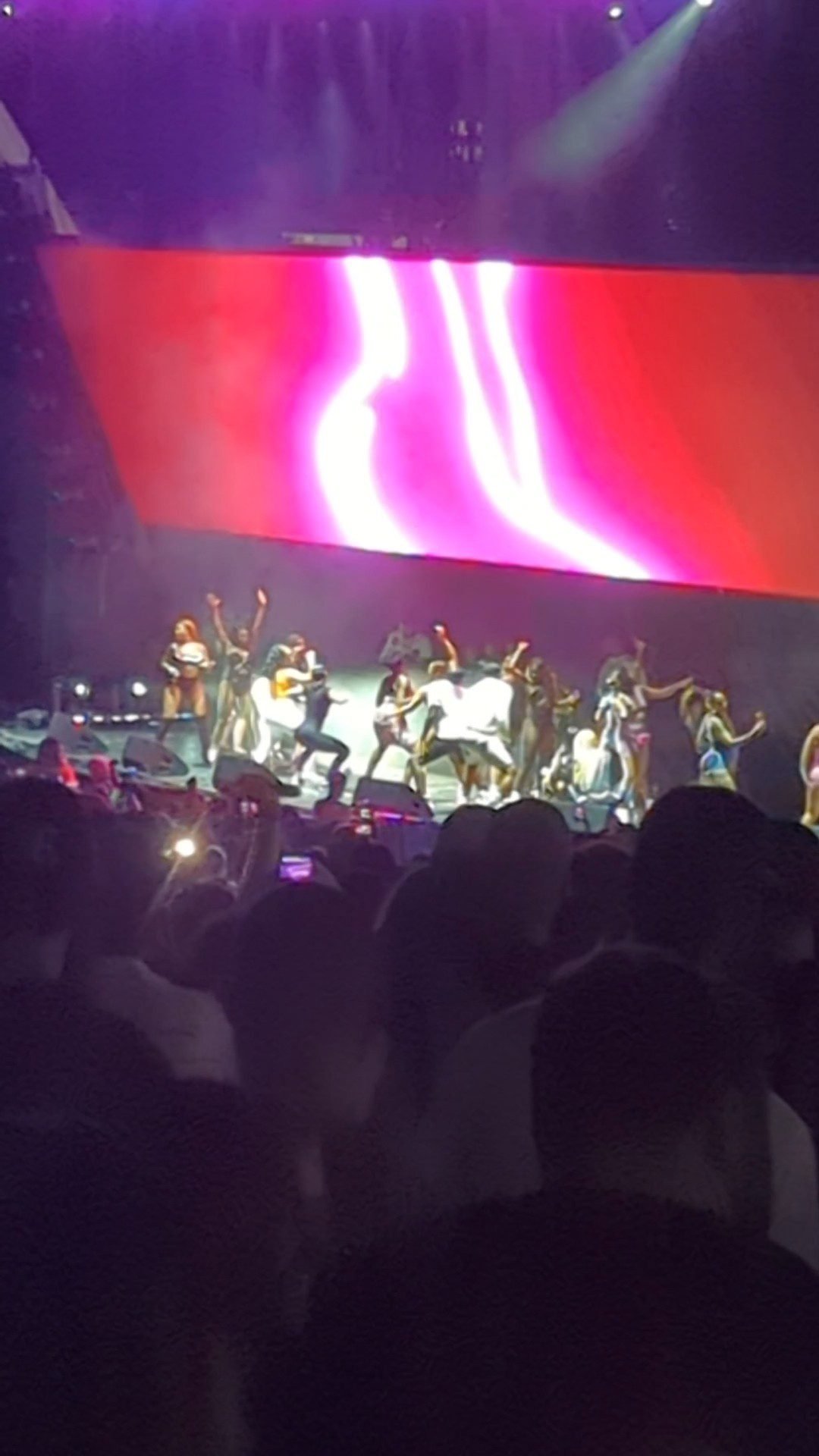