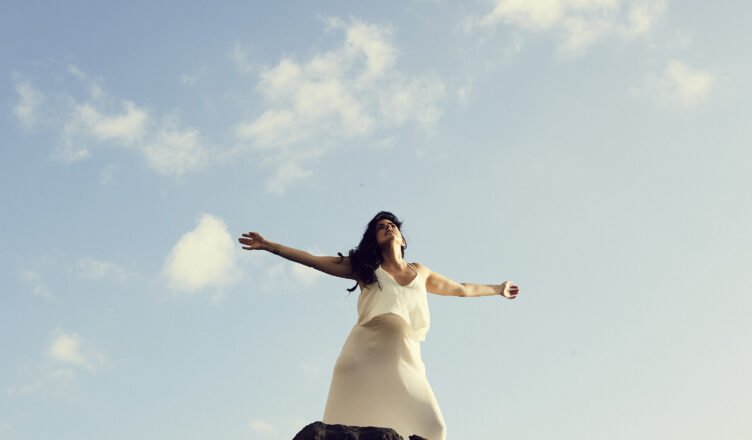 “I Can Fly” is a song I wrote for my identical twin sister who was scared to be alone. As much as I would tell her she doesn’t need a man to be happy, she was on her own journey and she would continue to settle for one toxic relationship for another one and nothing I would say could change that.

I didn’t lose hope though, and in one co-write session with my crazy talented friend, Monica Rizzio, we talked about how we had made those same mistakes, choosing all the wrong men just to be with someone. We talked about the reasons why we did that and it really felt like a therapy session as we discovered it was so much about the sense of self-worth we had or didn’t have that guided our decisions. We knew we wanted to write a song that could empower women to see how beautiful and powerful they are all on their own.


Jacqueline Loor · I Can Fly

I finished the track just as my twin had found herself alone after leaving yet another unhappy relationship. She told me she would listen to this song and it would help her not feel so scared to be alone.

I hope people hear this song and realize they are stronger than they think. I want them to know they can leave a relationship that may not be serving them anymore because they can fly on their own.

I also have to mention it’s crazy how the universe works, because as “I Can Fly” is released out into the world in hopes to inspire people to metaphorically fly, my twin will be both metaphorically and literally flying on her own as she leaves the home she has always known, South Florida, and starts a new chapter in Tenerife, Spain. I honestly could not be more proud of her, and I’m not going to lie, but I’m also excited to have my muse with me on this magical island. I’m looking forward to the plethora of songs we will end up writing and singing together!

My debut album, Show Them, out October 1st, tells more of my twin’s story of finding her inner strength. I hope it resonates with people and inspires them to do the same.

A Latina mother of two originally from Miami and now based in Tenerife, Spain, Jacqueline Loor embodies her music’s themes of inner strength and self-discovery.