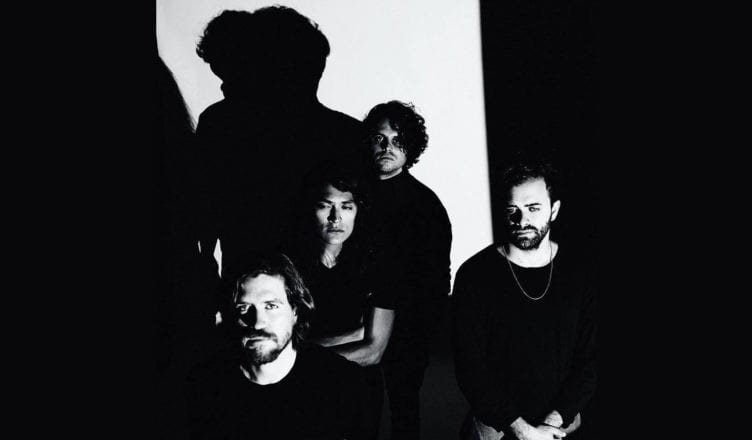 Shoegaze, Psychedelia, Britpop? Here in Miami? Is that possible? In case you haven’t already heard of them, the band Jaialai is the unusual combination of all three of those eclectic styles of music and is Miami all the way. Their shows are driven by the struggles of the immigrant experience and powered by the tones of freedom, intensity and anxiety. Couldn’t be more Miami, actually.

Oscar Sardinas (guitar/vocals), Mario Lemus (bass/vocals) , Jose “Jovi” Adames (guitar/keys/vocals) , and Richard “Ricky” Boullon (drums/percussion) hail of Cuban, Salvadoran, and Venezuelan origins. They consider themselves Miamians, which they are, but it’s hard to ignore the brutal realities of the places their families fled from. The songwriter of the band, Oscar, downplays political issues and rather, classifies his lyrics as “introspective” and is determined “to add some love songs.” So Miami.

The group is influenced by bands such as The Doors, Stone Roses, My Bloody Valentine and Radiohead. Cocteau Twins and Brian Eno are constantly on Oscar’s playlist and his favorite band is Alvvays. So different, so refreshing.

The young lads (ages 24 and up) play in South Florida incessantly and recently performed at III Points. They endeavor to tour the US later this year, but for now, the plan is to take “small steps and grow together.”

The next, not so small step, is the release of their first full-length album, Say So. Eight, never-before released songs, became available digitally on May 29. Public Works Records, Jaialai’s record label, will host four exciting events to celebrate the new album. As in all things Miami, this will also be an opportunity to PARTY with the band as well. So Miami.

On May 31, join Jaialai at 1306. They’ll be accompanied by Dénudés and Donzii. On June 1, there will be beer and pizza for the 7 p.m. listening party at Technique Records in Miami. On June 2 at 4 p.m., they will perform an acoustic set at Life House Hotel in Little Havana. The last day of festivities is June 5 at Gramps in Wynwood . Rat Bastard is the special guest from 6-9 p.m.

Jaialai LOVES Miami. Love them back at the live events this week and give their new album a listen. Cool band….cool party. So Miami!