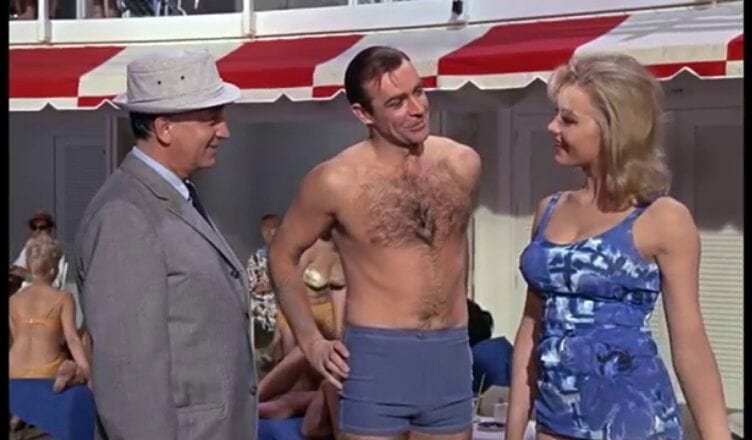 When discussing famous movie franchises, James Bond is usually the first one that springs to mind. With his suave demeanor and killer good looks, 007 has been a staple in American pop culture since the 1960’s.

As time went on and the culture started changing, so did James Bond. The character evolved, the settings changed, and actors came and went. However, what remains a constant is the franchise’s infatuation with the city of Miami.

Starting in 1964, the James Bond series has long been intertwined with the Magic City.  It was in Goldfinger where we first see Bond in all his glory. The intro takes us through the Fontainebleau where we get some amazing vintage shots of South Beach. “Intro Miami” serenades the audience, giving us a sense of how grand the location is.

In 1965’s Thunderball it’s found out that the films antagonist has a plan to blow up Miami in the end. Luckily that doesn’t happen, but we still get a taste of Miami’s flavor. The cool part about this movie is the incredible underwater battle that we get during the movie.

Taking place in Biscayne Bay, we see Bond, Navy Seals and SPECTRE guys fight in a scene that’s fit for a fever dream. There are spear guns, fiddling with breathing equipment and of course in the end Bond comes out unscathed.

There are other James Bond flicks that do mention Miami, but they weren’t filmed here. In Casino Royale, Daniel Craig ends up traveling from the Bahamas to the Czech Republic and he visits a museum named “Body Worlds Miami.”  Unfortunately, that’s the last of Miami that we see from James Bond.

Although there aren’t any mentions of Miami in any other Bond film, there was one of the largest James Bond collections in the world in North Miami. The Dezer collection in North Miami (which is moving to Orlando), had everything from old cars from several items of movie memorabilia that is enjoyable for any movie buff.

All in all, Bond in Miami has provided some great moments in pop culture. We can only hope in the next edition of Bond, South Florida has a cameo.