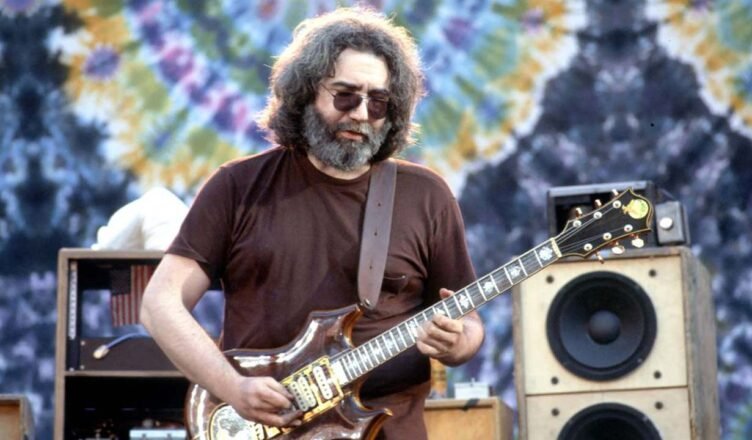 Let’s start in the early 80’s with the greatest punk-rock-hardcore band of all time, Black Flag. They were and still are huge Dead fans! Black Flag alumni Henry Rollins has shared:

“I was in a band called Black Flag. Our roadie Tom was our road crew t-shirt salesman, and he was a Dead guy. He’d follow The Dead around when he wasn’t with us, and he had a suitcase of cassettes. I heard that he had the 45-minute “Dark Star” or that really fun show where Bill Graham bet the band that they couldn’t play Blues for Allah all at once, and I started dubbing those tapes off of him. Because as soon as I heard them, I just loved them. And so, with my meager earnings—I made crap money in those days—I’d buy used copies of Aoxomoxoa, Anthem of the Sun, Workingman’s Dead. Early Dead.”

While Black Flag founder and lead guitarist, Greg Ginn has said, “My favorite band was always and still is the Grateful Dead.”

Jerry Garcia with The Warlocks (before they changed their name to, Grateful Dead) were the in-house band at Ken Kesey’s Electric-Kool-Aid-Acid-Tests. Jerry Garcia is thus a Guitar God. Another time, I was watching Dave Chapelle’s Half Baked, and I decided to hit the DMT. I opened my eyes and saw this scene:

Dave Chapelle’s Half Baked masterpiece is really the CIA turning their most elegant rock star JERRY GARCIA, into a Marvel level superhero! However, to many of us in the real world…Jerry Garcia was and always will be on the same level as Tony Iommi…just at the opposite end of the bookshelf. Jerry had so much grace and humility. That’s why thousands of “Deadheads” followed him around like a religious cult for over 30 years. Also, many music lovers say it is quite possible that if the Grateful Dead didn’t do their thing in the mid to late 60’s, Punk Rock would have never been invented by the Ramones.

That being said, “The Barn at Mt. Crowley” will be hosting Miami’s only “Jerry Garcia Punk Rock Birthday Bash” this Sunday July 31st, 2022. The event will begin promptly at 4:20PM and continue until sunset. Participating artists include: