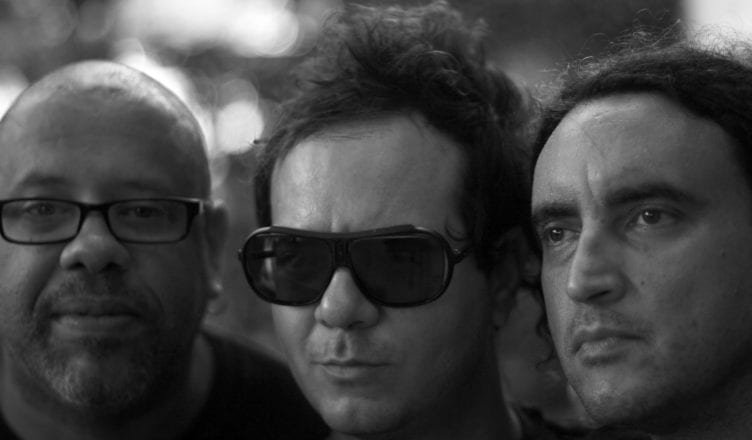 We’ve all had visceral reactions to politics the last few years. The Chilean born, South Beach based musician Joaquin Berrios had a musical reaction. He wrote, produced and recorded the prog rock concept album 2017 The Year of the Bully. The founder of KZK Records  was inspired equally  by both Pink Floyd and Donald Trump, for his latest album that is sung in both Spanish and English.  Berrios took the time to step on The Jitney for an interview.

When did you first fell in love with music?

Joaquin Berrios: My earliest memories of music are as a child listening to my mother’s singing. She played the guitar and sang Chilean folk music. I also remember a small but precious vinyl collection, there was a child’s music album called Tolin-Tolan by folk artist Charo Cofré and the Beatles Revolver. Weird mix but great food for thought!

Later during my early teenage years I discovered Pink Floyd’s The Wall. It blew my mind. I could close my eyes and see the music. Later on, in the midst of political rebellion in Chile during Pinochet’s dictatorship, I listened to the music of Cuban composer Silvio Rodriguez. I learned my first songs in guitar and from there on started writing my own music.

I must say that classical training also made me fell in love with music. I spent endless hours practicing piano and there’s magic in all those scales and arpeggios.

What inspired 2017 the Year of the Bully?

It was a very spontaneous process. The socio-political climate was very convoluted during that year. There was social tension emanating from the many obscure forces popping out all over the country. From separatism, racism, chauvinism to…so many isms…I just started writing about the situation from my point of view. It was an effort to support what I think is right. You have to make a stand if you feel that you or others are been bullied. Some people can go to rallies, go to marches, write in newspapers, my thing is music, so I wanted to contribute in that way with my grain of salt to the cause.

The album starts with a song about immigration, “Babel”, It talks about the leap of faith that many of us take in search for a better future. I chose to write it in Spanish, for America is still an idea in the mind of the immigrant in this story. From there we go to “Standing Still” which is a song about the Statue of Liberty. What Lady Freedom mean to us, either coming from far way or being born and raised in this country.

Any interesting stories during the writing and recording process?

From creation to mastering is a long and winding road. Many little adventures plague the storyline…from human to technical…all very intense, and more so for me, for I did both the performing and the engineering. Each stage of the production has their memorable moments. I should mention the treat that always is to have my great friends and incredible musicians Joana Hughes, Michael Sinisgalli and Phoenix Rivera by my side. To me, each of their performances are unique jewels…the wonder that is to create music!

How has Miami influenced you as a musician?

In absolutely all aspects. We, as artists, create with what we have in our life, and this one, is made of our experiences,our relation with the world is conditioned by the environment that surround us.  Miami, in our case,  permeates our very own fabric. With all it’s up and downs, I’m very grateful to this city that sees us grow and also feeds from our growing. I met the love of my life and with her brought two beautiful girls to the world in this city. It’s has been twenty plus years floating in the Miami breeze.  I do not like hurricanes though.

What are you working on now and what are your musical plans in the near future?

Right now my full attention and energy are going on tour with the band and live playing with The Happy Fridays. We want to became once again a force in the live scene. We’ll start in Miami, and hope to visit as many places as possible with our act. I personally feel the need to perform live again. I spent many years as a recording studio rat and it’s time to get out and put to good use these God given pipes. Life is too short…must live it to the fullest.