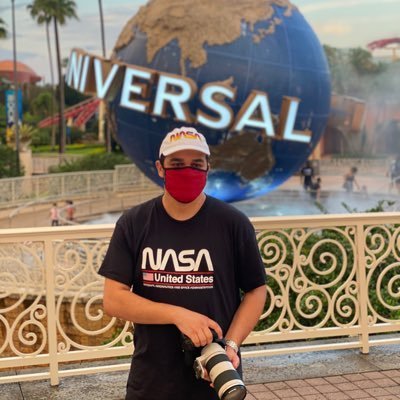 Joel Franco is (or maybe was) the social media producer for Channel 7 WSVN news. Young, dumb and probably soon to be broke at 24, he was arguably the definitive voice for delivering real news to anyone under 25 years old, mainly via Twitter.

Joel Franco made national news a few days ago when arrested for violating curfew covering the George Floyd protests. An older generation, myself included, took notice of the incident and applauded Mr. Franco for taking one for the First Amendment.

Freedom of speech is 1000% under attack lately. But, turns out Joel Franco is a bit of a problem. Very credible accusations of predator behavior against Joel Franco swarmed Twitter from numerous women on Thursday night.

Appears Mr. Franco sent some pretty over-the-line text messages and tweets aimed at adolescent teenage girls, like 13 or 14. In addition, he glorifies, in public tweets from 2013 to 2015, some really disgusting, lewd and graphic behavior not suitable for social media.

#MiamiSometimes!! is a hashtag we’ve been playing with because the amount of stupidity here sometimes knows no bounds.

Franco put out a tweet apologizing, on March 18th — so, this is an old story. He characterized the tweets as a “joke” from “many years ago” and his behavior as “disgusting” and “not a representation.”

Joel Franco will probably have no job by the weekend, but you never know. He is employed by a Fox News affiliate. However, he is trending hard on Twitter and a petition calling for his cancellation passed 10,000 signatures in a few hours.

In the meantime, Only in Dade’s Instagram page is by far the dopest place for young heads to consume news media, albeit not always politically correct. But that’s sorta the point. And at least they ain’t rapey.