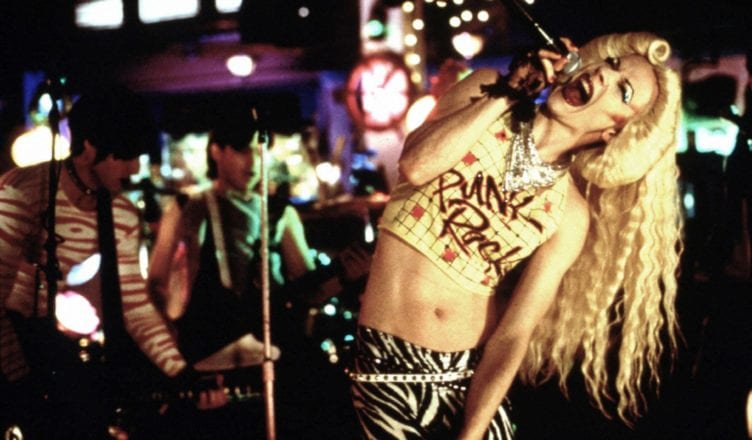 “I’m proud that you can watch the film today and not tell when it was made. Was it the ’60’s or yesterday?” said John Cameron Mitchell of the continued popularity of his stage musical and 2001 movie Hedwig and the Angry Inch. Twenty years after birthing the project on stage and later screen Mitchell believes he knows why parents pass it on to their kids and why college students not yet born when he wrote it continue to discover Hedwig. “It’s about the universal need to feel complete. Use your otherness as a tool towards self-fulfillment.”

Hedwig features a glam rock singer telling her life story through a series of concerts. Though the trans community sees Hedwig as an inspiration, Mitchell clarifies the character is not technically trans. “Hedwig was forced to have the operation at four (leaving Hedwig with the angry inch between the legs). To be trans you have to choose to be. But Hedwig finds transformation in rock n’ roll. The self-realization is something everyone can relate to.”

John Cameron Mitchell will be bringing The Origin of Love: The Songs and Stories of Hedwig to the Arsht Center, Saturday, June 8, at 8 p.m.. “It’s a celebration with fans of Hedwig’s history,” Mitchell said over the telephone. “I’m dressed as Hedwig but not playing him. I’ll tell how it was developed, the philosophical underpinnings, I’ll sing the songs. I’ll pay tribute to the drag queens and rock stars who influenced us and later became fans of Hedwig like David Bowie and Lou Reed.”

Though the Hedwig songs he co-wrote with Stephen Trask are two decades old Mitchell says he still brings a ferocious interpretation to them. “The songs remain evergreen. They change with however I feel that night.”

Audiences can also expect to hear music from Mitchell’s new podcast musical Anthem: Homunculus. “It started as a musical I thought of for stage or for TV, but it got too weird for TV and too long for a musical and became the most expensive narrative podcast ever made. It’s about a guy who ran out of insurance and is crowdfunding his cancer care. He’s staying on-line until he gets his tumor out or dies. It started as a Hedwig  sequel, but ended up a spiritual sequel. He lives in Hedwig’s old trailer.”

The five and a half hour, ten part series featuring 31 original songs, isn’t the only thing keeping Mitchell busy. He acts on the Hulu series, Shrill and The Good Fight where he plays a character based on the right-wing provocateur Milo Yiannopoulos. He also directs for television including an episode of the Netflix series GLOW which he completed while battling salmonella poisoning.

But despite his work ethic and ambition Mitchell is grateful that Hedwig is the work he continues to be associated with. It’s a story that he believes everyone could use a dose of, even our dear president. “Everyone can identify with feeling left out. Even Donald Trump. Someone must have treated him like shit for him to go that crazy. One way to deal with it is to try to be king of the world. The other way is to find empathy.”