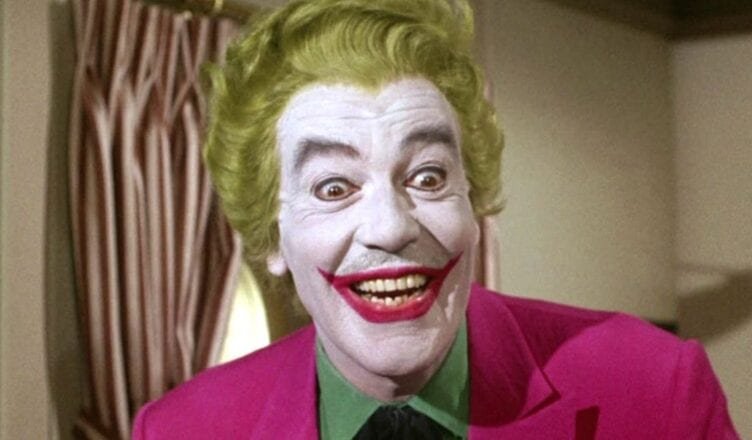 One of the most striking aspects of Christopher Nolan’s The Dark Knight was its refusal to give its Joker a back-story. The message was this: The Joker is more menacing if we don’t know anything about him before becoming the clown prince of crime. I wish somebody had told that to Todd Phillips, the co-writer and director of Joker, which gives us an origin story for the popular, villainous Batman character. Shallow and repetitive, Joker is a waste of time.

Joker takes place in a filthy, dilapidated Gotham City of 1981, brought to life by Lawrence Sher’s gritty cinematography. Crippled by a garbage strike and a brewing class war, it’s the perfect place to trace the downfall of a disturbed outsider like Arthur Fleck. In and out of mental institutions, he’s a nebbish, lonely creep, who’s just a little too into his day job as a party clown. On a myriad of useless medications and assigned a social worker who’s about as helpful as his meds, Arthur’s mental state deteriorates even further as society crumbles around him.

One of the more interesting aspects of the film is the interplay between the city and Arthur’s mental state; how his actions, as they become murderous, weave in and out of the city’s fate and the fates of some of its more prominent citizens. But I wish the movie had pushed these aspects more. The stark division of the classes, the absolute hatred of the rich by the poor and vice versa is only spoken of, glimpsed in the aftermath of violence in newscasts rather than permeating through the film’s pores.

These divisions are not really what drive Arthur/Joker.

That’s probably the point. When things take a turn, Joker becomes a kind of unwitting icon, a hero of a movement he didn’t necessarily mean to start. That’s an interesting idea, but it takes the anti-hero out of the story, making him more of a passenger rather than the driver in his own movie. In a film that doesn’t have all that much to say, it’s an unwise decision.

Instead, the movie focuses myopically on Arthur: pathetic, weird, unpleasant Arthur. The things is, there’s nothing to him. Nothing for us to dig into, nothing to keep our interest, even when he’s the focus of every scene. Then the movie tries to go back even further and explain his psychosis. Why? Can’t he just be insane? Does everything have to have a pat reason? And when those issue basically boil down to (spoiler alert) that old shorthand for psychosis: daddy issues. I wondered why anybody bothered to make this picture. There’s no depth here, so the movie becomes a drag with the same note repeated over and over, which in this case is a capital HA! as Arthur’s demented laughter, caused by a mental affliction that materializes in stressful situations, incessantly fills the film’s runtime.

Joaquin Phoenix throws himself into the part completely.

You have to admire his absolute commitment to the role. But his character isn’t commanding, just pitiful. And spending scene after endless scene with him simply becomes taxing. By the time he clears out a refrigerator just so he can lock himself in it, his actions barely even register.

At least the movie keeps his character pathetic even when he lashes out in violence…until the end, that is. Early reviews have wondered whether this movie will incite violence, concerned that it will become a handbook for the disturbed and angry. Movies don’t make people do anything, but there is something off-putting here. By the end of the film (spoiler), when the meek Arthur is gone, fully replaced by the sneering Joker and worshipped by the angry Metropolitan masses, the message becomes clear: if you are downtrodden and lash out in violence, you can become an icon, revered. It’s sick, and not in a clever way.

Joker won Best Picture at the Venice Film festival, drawing a 5-minute standing ovation at its conclusion. I try to fathom why. I think it has more to do with the idea of the film rather than the actual execution. The idea of a movie that tries to take a character from a superhero universe seriously, give his story grit and gravitas, is appealing. But I’m here to review the execution, which sadly is lacking. In the end, Joker is a shallow movie, a hollow concoction that struts like it has something to say, when it really doesn’t. It’s BS masquerading as profundity, and no amount of clown makeup is going to cover that up.