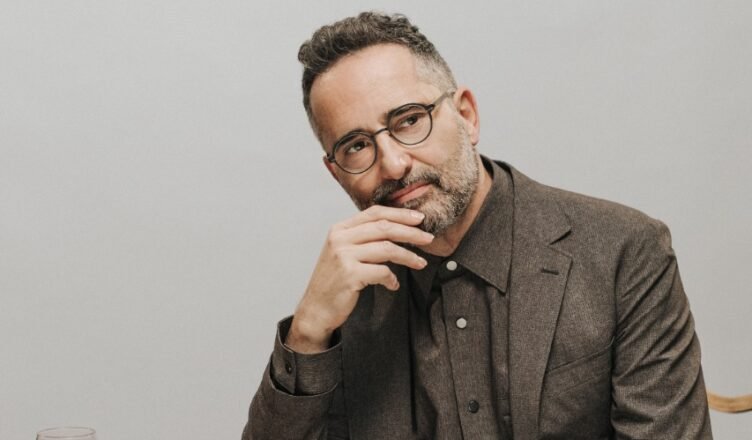 Uruguayan musician Jorge Drexler is coming back to Miami on November 3 at the James L. Knight Center after being nominated for nine Latin Grammys on his first album in five years, Tinta y Tiempo . Sitting down for an interview, Jorge Drexler takes us into further into his mind.

The beginning of his music career came later than many would expect. Before dropping everything to pursue music at 30, Jorge Drexler had a proud career as a doctor specializing in otolaryngology. “I left all of that for a flat in Madrid with nine other people from Uruguay.” He further elaborates on studying music since he was five and started studying music around 18 for ten years. “It was always there for me. You can do both things.”

While specializing in medicine he was able to support his first two records. Now fully a musician, releasing his 14th studio album, we discuss the recent album, his process, and the challenges around it all.

The album Tinta y Tiempo was the result of a difficult process for Drexler, in the midst of it he has a new team to please, had too many expectations, and his writing process was not working in the lockdown. The pandemic environment took away a crucial element of his personal writing process, the people that surround him. He paints the picture of Sunday home-cooked dinners with his family and friends, he tells me on Sundays when he is surrounded by his loved ones is when he shares his songs. Being on lockdown it was harder to actually finish songs without that human element. “If I knew where good songs came from, I’d go there more often.”


Questioning him on his writing process, he continues by saying “Nothing works, nothing is ever a guarantee, there is no formula for it.” His fourteenth studio album goes over these themes of the permanence of ink and allowing time to do the job, it is all about the master plan, as titled after the opening track. The bigger picture, in the end, is always love.

Receiving 15 awards, and over 55 nominations additionally with nine current nominations, Jorge Drexler is accomplished in medicine and music, he is highly accomplished. Yet when questioned on how he feels about these awards he affirms his celebration and gratefulness but says they are distractions. “I try not to bring awards into the equation, it makes things easy to get distracted.”

We talk back to his  Academy Award for “Al Otro Lado del Río”, written for the film The Motorcycle Diaries, and how confusing it was for him. How could an obscure, non-commercial and emotionally connected album about the lowest point of his life won such an award? “I want to make a living with my music, I don’t want all the irrationality of fame, I don’t need that power,” he adds that he hates calling his supporters, fans, “If you want to truly know someone, give them power.” Largely acclaimed and rewarded, we discuss his point of view surrounding failure and success, “failure and success are the same, the death of the artistic process.” He continues, “when you make eye contact with success, you become a statue of yourself.”

Sitting down with Jorge Drexler, his humility and love for his craft is very tangible. An artist who truly cares and has a profound love for what he does. To hear him perform in person and experience the love in his music, join Jorge Drexler at the James L. Knight Center in Miami on Thursday, November 3.

Aimee Salvador is an undergraduate student at MDC, hoping to make a career for herself in the digital design/arts field

View all posts by Aimee Salvador →