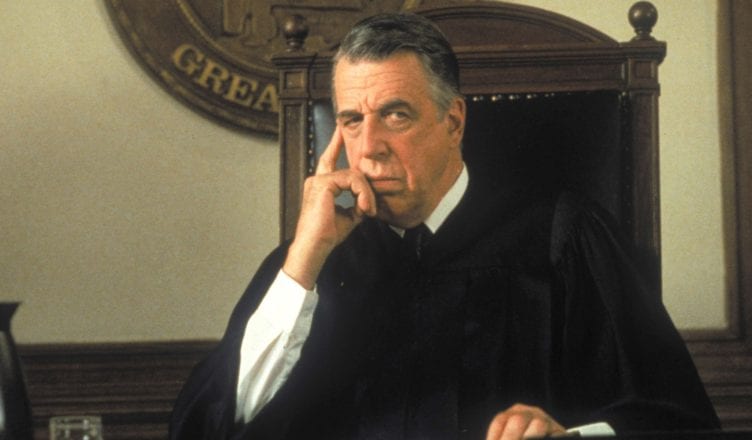 There are worse pieces of mail to receive than a summons for jury duty. An audit from the IRS, a notice from a collection agency, a detached bloody limb from kidnappers seeking ransom money. But few documents will remind you of how insignificant you are in the grand scheme of things then being called to report for jury duty.

Mine told me to report Monday, March 13 to the Richard E. Gerstein Justice Building. It was the former trial site  for serial killer Ted Bundy and Panamanian strongman Manuel Noriega, so the curiosity seeker in me figured I’d get a little sight seeing out of my inconvenience. But when I followed the instructions where I should call in the weekend before I was to report, I learned how little our time was valued by Miami-Dade Criminal Justice system. The automated recording now said I didn’t need to come in until Tuesday. So there was no need to cancel and reschedule work appointments for Monday? I guess that’s a small price to pay for having such an exquisite justice system in this country.

So Tuesday it was. When the day came I had to go through security. Just like at the airport you’ve got to empty your pockets and walk through the metal detector in order for the courts to protect themselves from angry jurors.

Then I sat in the jury waiting room. There were hundreds of people from all walks of life. Except for rich people. You don’t become rich by serving jury duty.

Some announcements were made. We should listen to our names being called, if you were self-employed or unemployed you could fill out a form to be compensated $15 for the day.  Time passed. We were entertained by a screening of My Big Fat Greek Wedding  on the  tiny TV screens.  Before I was about to lose my mind with one more joke about how zany Greek culture is,  my name was called.

Twenty of us were lined up by a bailiff. One of the jurors kind of looked like the watermelon smasher, stand-up comedian Gallagher. He trapped me in conversation expressing how excited he was to serve. “Last time I was the foreman of the jury. The judge wrote me a letter telling me how great I did. I can’t believe I had to wait five years to get jury duty again.” That got my blood boiling. Instead of wasting our time, why not just get people who are excited to be here  to serve on juries? Then I scratched that thought when I pondered actually having someone’s freedom decided upon by Gallagher.

We were marched into the courtroom. You could tell who was accused of a crime by his wearing an orange jumpsuit. Should I pretend he wasn’t there or stare at him like an animal in the zoo? The judge called our attention. He treated his power over us like he was the MC of an open mic stand-up comedy night. He mixed bad jokes with haranguing us for having long faces. “This is your civic duty. Not doody. If you got to do one of those tell the bailiff. There’s a bathroom down the hall! Wokka-Wokka!”

The sleekly dressed prosecutors were just as whacky to the point of almost sexual harassment. At one point they said “Let’s imagine we’re trying someone who broke the law that said you can’t sunbathe naked on a Tuesday. What are the three things we’d have to prove?” he asked a woman sitting behind me.

“Um.. that they sunbathed on a Tuesday?” the juror behind me said.

“That they were sunbathing naked,” the prosecutor said in a way that seemed more  an invitation than anything else.

At least he has a check for $15 coming his way.