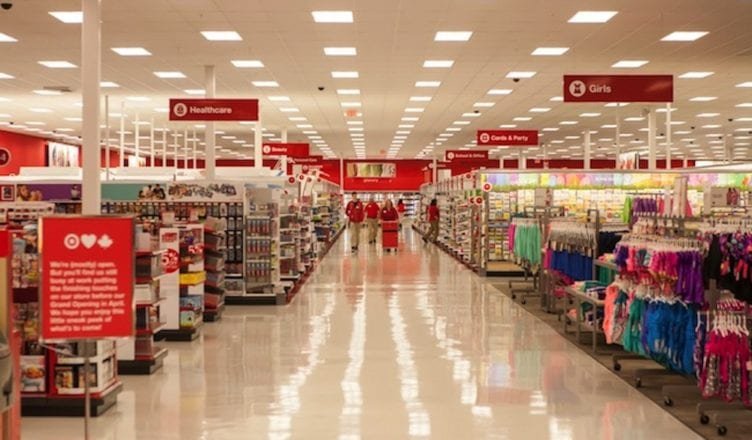 A psychotherapist would probably blame it on being dragged to Dadeland too many times as a kid, but whatever the reason I’ve got a fear of shopping. Not grocery stores or little stores, it’s malls and those big box behemoths like Ikea or Walmart or Costco that give me the creeps. It would be an insult to sufferers of actual panic attacks to say that’s what the rampant consumerism brings out in me, it’s more I get irritable and insufferable. But I forgot about this condition when my better half suggested we get some supplies at the Target at Midtown Miami.

Our five year old daughter had us marooned in the toy section when my wife said she had to go to Marshall’s as well. I volunteered for that mission as the frying pan sounded better than the fire I was currently in, but it was explained I wouldn’t know what she was looking for. And so I stood there zoned out trying to find my happy place as my daughter perused over the various editions of Disney Princess Lego sets.

A moment later my wife came back, “They’re not letting anyone out of the store. They say there’s a situation and no one is allowed to leave.”

This was my nightmare come to life. But then I found a silver lining in my memory banks, “Wasn’t there a movie where some guy was trapped in a Target with Jennifer Connelly?”

My wife checked her phone to see if there was any news on the matter. I checked my phone to see the movie was called Career Opportunities  and came out in 1991. “It’s probably just a bunch of shoplifters.” I said but literally as I got that calming thought out of my mouth we saw a SWAT Team member and a policeman holding an attack dog snaking through the electronics’ aisles. I tried to act like my history of watching movies where a mild mannered dad encounters terrorists could be useful. “This is a good place to be. No gunman or bomber would be heartless enough to attack the toy section.” I kept to myself that we should lay flat on our stomachs if we heard a loud boom.

A moment later some guy filling up his red shopping cart informed us, “It’s no big deal. Some Dad with a long white beard kidnapped his two kids. They think he’s somewhere in the store”

About a half hour later we learned the exits were open. First of course we bought our goods and then outside we are greeted to the whirls of a helicopter flying overhead. As we drove out of the parking lot we saw a dozen cop cars with heavily armed police mulling about. I wondered how many guns the kidnapping Dad had on him. When we got home away from the dangers of Target, I was able to do some internet research and find out the scare was much ado about nothing.

The local news stations had stories that the disgruntled Dad kicked down the door of his ex’s house and ran off with the kids. There was no worry that he had any guns or bombs in his past. I searched his profile on Facebook and found I somehow even had two mutual friends with this guy who caused so much trouble. A couple days later I thought about the incident again and wondered how it resolved. Turned out the perpetrator called the cops and agreed to surrender. Where did the cops agree to pick him up? The Walmart on 163rd Street.

If there’s one thing I learned from this situation, it is that my fear for shopping was well founded. I now have ample reason to never go to a Target or Walmart ever again.