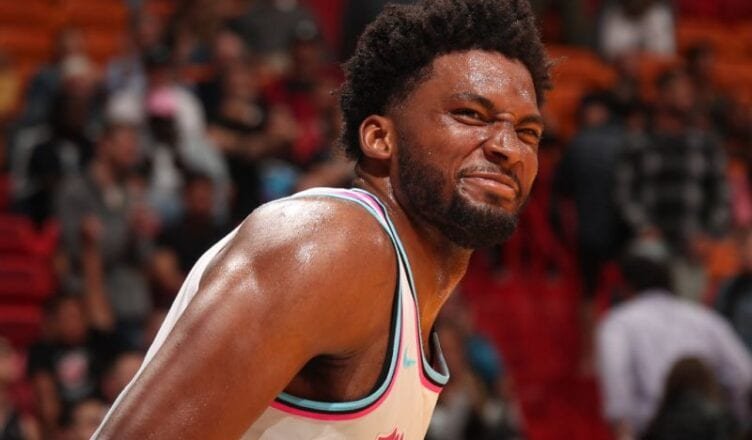 Miami Heat fans were jubilant with news of yesterday’s trade with the Memphis Grizzlies. The Heat got  Andre Iguodala, Jae Crowder, and Solomon Hill in exchange for James Johnson, Dion Waiters, and Justise Winslow. Some Heat fans are excited  because of gaining Iguodala, a former all-star and Finals MVP. Others are psyched just to get rid of two overpaid underachievers in Dion Waiters and James Johnson. But the real reason to love the trade is because the curse of Justise Winslow might finally be lifted from the Miami Heat.

Some people love Winslow. He’s a hard nosed defender, and a good ball handler. The advanced statistics say he’s a solid player, but the remedial statistic of wins and losses scream something else. Over the last 4 NBA seasons the Heat have a startlingly better record when Winslow sits than when he plays. Since October 2016, the Heat are 97-63 when Winslow is out, and 61-75 when he plays.

Call it a coincidence, but those numbers are insane. If you condense those records into 82 game seasons, the Heat are a 50 win team sans Winslow and a 37 team with him.

I first noticed the discrepancy in 2017 when the Heat went on a 13 game win streak soon after Winslow suffered a season ending injury. I figured maybe it was just a fluke.  But year after year the win-loss records kept showing the Heat were a better team without him. Even last year when Justise Winslow earned plaudits for changing position to point guard the Heat were 30-36 when he played and 9-7 when he didn’t.

Maybe the reason is given his injury history Winslow often played hurt (although that brings up a whole other issue considering at only 23 he’s missed almost half his team’s games). But whatever the reason the curse of Justise Winslow is now a Memphis problem.