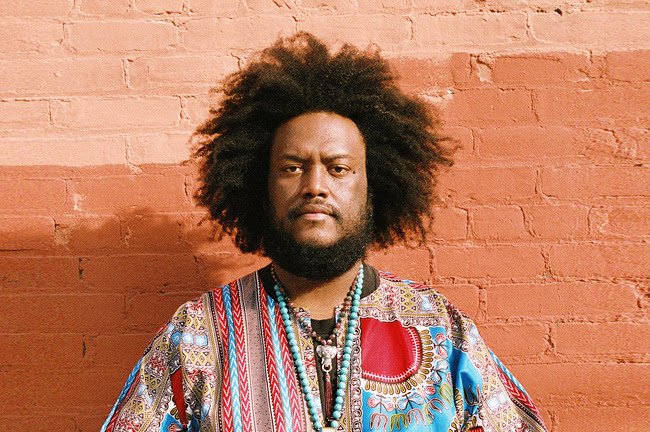 Ever since stumbling onto Kamasi Washington live at the Okeechobee Music Festival many years ago, we’ve been like a cat picked up by its neck, spellbound, loyal and in capable hands.

“Not only is Kamasi a masterful musician, he also has a unique sensitivity that he pours into his music,” says Hallgren. “His music reaches deeply into your soul. Mrs. Obama loves music. When I read the line in her book ‘And heaven, as I envisioned it, had to be a place full of jazz,’ I knew immediately Kamasi was the artist that could interpret her experience musically.”

The score features new original music Washington composed for the film as well as selections from his catalog.

“Michelle Obama is such an amazing person and this film gives a very unique insight to who she is, how she thinks, and the way she navigates the world. It’s truly inspiring to see,” says Kamasi Washington. “Barack and Michelle Obama’s time as President and First Lady had an impact on the history of this country and the world that is hard to put into words. Both Michelle Obama’s book and Nadia Hallgren’s film do an amazing job of it!”

Becoming is an intimate look into the life of former First Lady Michelle Obama during a moment of profound change. Not only for her personally but for the country she and her husband served over eight impactful years in the White House. The film offers a rare and up-close look at her life. It takes viewers behind the scenes as she embarks on a 34-city tour that highlights the power of community to bridge our divides and the spirit of connection that comes when we openly and honestly share our stories.

Watch a trailer for the film here.

(MUSIC FROM THE NETFLIX ORIGINAL DOCUMENTARY)