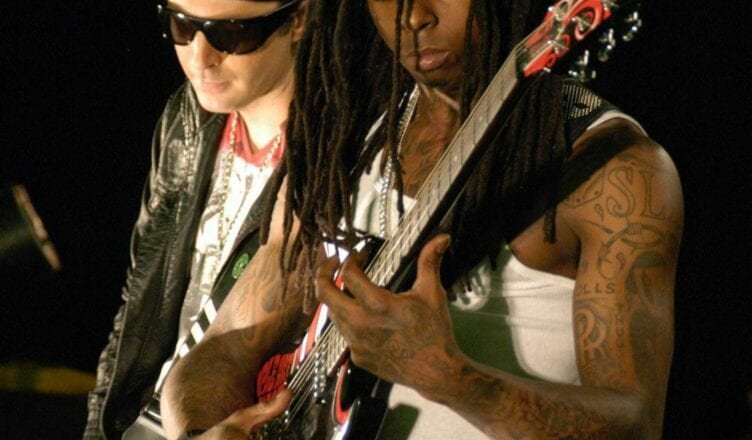 “Intelligent planning is essential for success,” says Kevin Rudolf as we sit at a small table in The Greek Place, Surfside. He continues, “Set limitations for yourself and stick to them. It’s not about how much talent you have…it’s about doing one specific thing really good. That is the secret of success…Limitations.”

The Miami resident has a billion views on YouTube for anthems like 2008’s “Let It Rock” , 2010’s “I Made It (Cash Money Heroes)”, and this year’s”I Will Not Break“. These songs all feature former Cash Money artist, Lil Wayne (aka Weezy, aka Tunechi). Kevin is serious about his job and his job is writing/producing/performing number one hits on a continuous basis.

Kevin has lived in Los Angeles, New York City, and Nashville. Lots of life has happened. We both have kids now. Over ten years have gone by, but after some caffeinated beverages and other refreshments, the Master Mind Alliance formed into creative energy. Picking up where we left off, Kevin listened attentively as I drank from a porcelain coffee mug and blabbed away: “My favorite part of Gucci Mane’s autobiography is when Harmony Korine introduces Gucci Mane to Marilyn Manson at the Spring Breakers premiere and they both agree that Miami is the GREATEST CITY IN THE WORLD.”
Kevin raises his hand while shaking his head, “Gucci Mane did not even write that book.” He continues, “My book will be a time capsule…an abstract-hybrid-poetic narrative…mainly about my experiences on Cash Money Records…I am writing it myself…and I am almost finished with it.”
“Did you ever skate with Tunechi?” I ask.
“Read the book!” he answers.
“I can not wait to read your book, Kevin,” I smile and continue, “I will be covering your Number One Hit, LET IT ROCK at Churchill’s this Wednesday night.”
I set up my harmonium on two stools at the bar, and began to serenade him with his own song, ‘Let It Rock’. It’s a song about guilty pleasures and not being sure if you’re taking them too far. You know, that mysterious borderline between recreation and addiction? It’s about trying to feel good without having to deal with the come down crash. It is one of the GREATEST SONGS EVER WRITTEN. It is a song about the secrets of success. It is about how I am actually paying someone else to write this blog for me. I am not even going to read it. I don’t have time to read the blog that I didn’t even write. Let it rock.

You can see in the video, that Kevin enjoyed my version of his song.

He even applauds when I finish. I rejoin him at the table and ask,
“Will you please attend DROP OUT OF LIFE OFFICIAL BIRTHDAY BASH THIS WEDNESDAY OCTOBER 2ND AT CHURCHILL’S?”
“I will be there,” he agrees, “but…tell me more about this Drop Out of Life with Handelsman.”
Since October 2018 I have been curating an open format experimental event, DROP OUT OF LIFE. It takes place the first Wednesday of every month at Churchill’s Pub. For our 1 Year Anniversary GUCCI HANDELSMAN WILL BE PERFORMING KEVIN RUDOLF’S NUMBER ONE HIT LET IT ROCK ON MAIN STAGE AT CHURCHILLS AND KEVIN RUDOLF WILL BE THERE.

Also performing at Drop Out of Life will be:

Deux Pooch
Fang Daddy
The Dividends
Sumo
Calnepuelco
Bitter Lake
with
Rat Bastard on the Soundboard
Doors open at 9.
Music begins at 10.
Liked it? Take a second to support The Jitney on Patreon! The Jitney needs gas. Please donate or become a Patron here