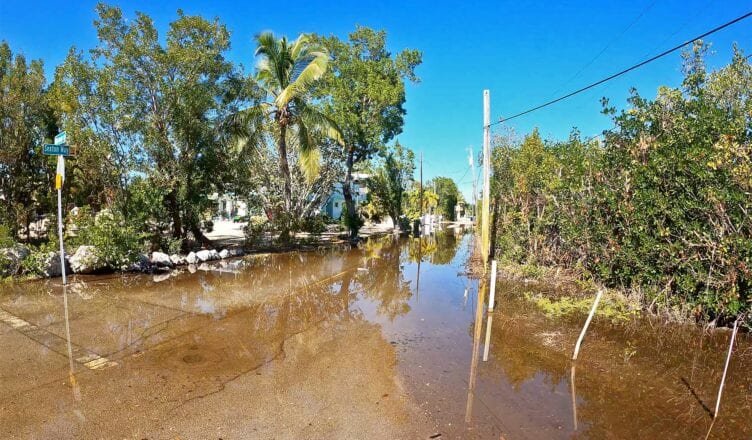 Key Largo is a beautiful island paradise. But every day, there’s a little less land, and a lot more water.

Just ask Darrell Bower. He works at the historic Caribbean Club, where Humphrey Bogart filmed a scene, and a python that Darrell killed has his own space on the wall.

Bower believes anyone who doesn’t believe in global warming is an idiot. He says, “There’s no more low tide on the bay side.”

If you know anything about the ocean, low tide is that time of day or night when mother nature pulls back on the wavy coast and brings down the sea level.

Well, she changed her mind.

At this very moment, the street that Darrell lives on is full of salt water. And the neighborhood in Key Largo next to his just made the New York Times for the same reason.

As for that illustrious python Darrell killed? Scientific reports revealed their whereabouts in the keys back in 2016, but this may be the first time you’re hearing about them from a local in the wild.

Darrell grew up around Ft Lauderdale and has been in the Keys for the past five years.

He thinks all politicians are full of it. But there is one thing he’s voting for and that’s recreational marijuana.

Editor’s Note: The above video is from the author’s new YouTube series Underwaterville, a new media series reporting on the water front.