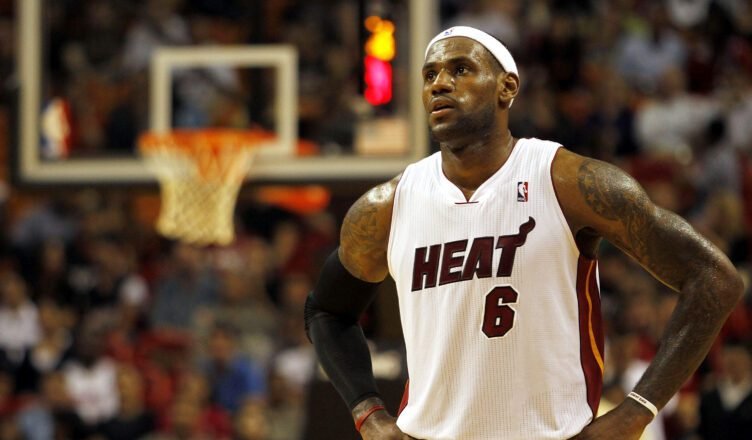 Yo, how many times does LeBron James gotta disrespect the Miami Heat?

First he leaves the best team ever in the middle of the night with some whack ass letter in Sports Illustrated.

I’m coming back to the Cavaliers because I’m a little baby and the Miami Heat are too good for me.

Then LeBron runs away from Cleveland to play for the Los Angeles Lakers. But the Miami Heat kick so much ass they get to the 2020 Finals without LeBron. And you know what little LeBaby James does?  He makes up this whole coronavirus thing with Bill Gates and Dr. Fauci and Heat fans can’t even go to the games to boo his ass.

But the worst dis LeBron does to Miami is ignore Heat fans. He gonna play in Miami tonight with the LA Lakers and for the one millionth time LeBum is going to sit out and not even play the game for the fans who to used to love him the most.

Let me give you youngsters a little history lesson. Back in 2010 when LeBron James left Cleveland to join the Miami Heat everyone in the world hated him. The village of Cleveland burned his jersey and called him all kinds of names. The only people in the world that had his back was right here in Miami.

We cheered him on, bought his jerseys and even named our babies after him. My daughter LeBronitsa is already in fifth grade. And she would have been in sixth grade if she didn’t beat her third grade teacher’s ass for wearing a Celtics jersey to school.

And when LeBron James left Miami to go back to Cleveland, Heat fans even cheered him wearing a Cleveland uniform. Only like two cool people got arrested for throwing rocks at him.

But LeBron James pays Miami fans back by not even dressing for games against the Heat.

Stop acting like a bitch. Show some respect. Show some love.  Put your uniform on and play some basketball in front of Miami fans.