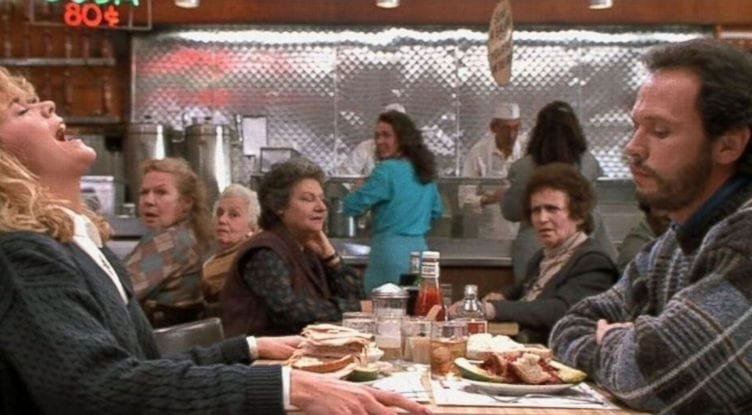 Judd Apatow, the writer/director of Knocked Up and 40-Year-Old Virgin, has nothing to do with Long Shot.

Odd intro, I admit, but bear with me here. With its story of opposites—a gorgeous woman and a schlubby man– falling in love, frequent Apatow collaborator Seth Rogen as that schlubby co-lead, and an extended 125-minute run time, you’d swear he was somehow connected to the movie. Good thing I was in the mood for an Apatow style rom-com, because that’s what I got.

Fred Flarsky (Rogen) is an honest, scrupled investigative journalist. When his independent, liberal newspaper is bought out by a right wing, Fox News-like entity, he rage-quits in disgust. Dragged to a fancy party by best friend, to cheer him up, Flarsky runs into his high school crush, Charlotte Field (Charlize Theron). She happens to be the Secretary of State. Reserved, straight-laced Charlotte and the man-child-ish Fred re-bond over their mutual love for Boyz II Men, who happen to be performing at the party.

Charlotte has her eyes on the presidency and impulsively hires Fred as her speechwriter after reading his work. They are cooped up together on an international tour to get Charlotte’s environmental treaty off the ground. And latent sparks begin to fly between the mismatched pair. But can they build a relationship with the intense scrutiny that comes with running for the most powerful office in the world?

Dan Sterling and Liz Hanna co-wrote Long Shot. At first glance, the addition of a woman’s touch doesn’t quite shake off the movie’s bro-humor heritage. And its central conceit is still firmly rooted in the oft-repeated male fantasy of an average guy catching the eye of an unattainably beautiful woman. It’s a well-trod foundation that’s kinda tiring.

Also rearing its head here is the tiring trope of the carefree fun guy vs. the super-serious gal. A la the aforementioned Knocked Up. Refreshingly, Long Shot actually manages to get out from under the thumbs of its heritage. It does something with that trope. Theron’s uber-professional demeanor is used to comment on the ludicrous, conflicting expectations placed on women in politics and society in general. In a pointed scene, an advisor breaks down Charlotte’s strengths and weaknesses. As she meticulously goes through every aspect of her personality and demeanor, it’s clear that Charlotte has to be absolutely perfect in order to stand a chance, something her male counterparts do not have to be.

We’re also allowed to see Charlotte as more than the straight-man who reacts to the jokes rather than tells them. Theron can act her way around this kind of a tough and determined role in her sleep by now. She is on auto-pilot in the early going, but she comes to life when allowed to exhibit a playful side, with moments that undercut her veneer of perfection. Late in the film she even has a whole sequence to herself, sans Rogen. She flexes her comedic chops, hilariously negotiating the release of a captured soldier while super high (charmingly initiated by her excited “Let’s smoke some Molly!”).

There is a push and pull beneath the film as it tries to satisfy both the needs of a traditional, male-centric gaze and a more progressive, female perspective.  And also, between a fluffy, feel-good romance and a political movie that somewhat takes place in the real world. There are thinly veiled characters clearly based on Donald Trump, Steve Bannon. And that version of Fox News pops up in the narrative. And violence, though nothing remotely graphic, does impact the plot. I spoke to a fellow moviegoer after the screening who felt the situations throughout the movie didn’t lend themselves to laughter. It’s a fair point. The opening, in which Fred infiltrates a white supremacy group, had me cringing more than laughing. Overall, though, the movie balances its tones quite well. It throws a bone to the real world while squarely keeping its attentions on making us laugh.

And yes, the movie is very funny. Most of the humor is verbal, with the witty back and forths delivered with ease by the cast. Like most good comedies, this one also features supporting players that deliver their zingers with precision. June Diane Raphael and O’Shea Jackson Jr. steals every scene their in. While I could have done without the pratfalls, I laughed at one shock-gag to the point of crying.

Long Shot is well made comfort food that still manages to throw in an unexpected ingredient or two to elevate it. I walked out of the theater with a huge grin on my face, feeling good. What else could you ask for from a comedy?