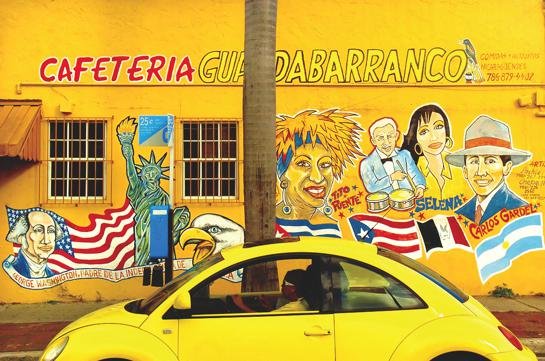 I know a guy who got stabbed in the heart by a swordfish. He’s a friend of mine. He’s alive. The swordfish didn’t stab him directly in the heart, but in the left chest area, close enough that he can say that, and no can one call him a liar. For months after the stabbing, as he walked around like the normal guy he wasn’t, he had to get meds pumped in through a tube in his armpit.

I have another friend who was robbed at gunpoint by what had to be a ten-year-old while trying to cop dope in Overtown. When he saw the kid approaching with the gun, he thought, “Oh, cute kid,” while at the same time thinking, “Shame. He’s probably just emulating the older kids around here,” and my friend smiled at him, friendly. But then, the kid, in a voice my friend recalled was a shockingly booming voice for a kid, said,” I ain’t playin, bitch!”

I can go on with these, but this isn’t the latest Florida Man story; I was just born and raised in Miami, and, as a result, I’ve heard some things. I’ve seen some things. We live in a special place in the world.

And here’s another thing: Things are changing fast around here. I tend to think we’re going to be gone way before the rest of America. These stories need to get told.

I took a forced, state-funded vacation away from South Florida in 2007, and when I came back, in 2015, I found my city totally changed, but, at the same time, totally not changed. Its heart was the same, recognizable in the language and the culture, but it’s face was another. I live in Little Havana now. Calle Ocho is not the Calle Ocho I grew up with anymore. For one thing, its safer. The other day, walking my dog along SW 7th Street, she nuzzled a pill bottle on the floor. Instinctively, I picked it up to inspect its contents. Inside the pill bottle was about $400 worth or crack in little baggies. I put it right back down. I’ve already been to prison once. But I’d found the Calle Ocho I grew up with. And I’m back now, here to watch it change this time, here to watch it slowly sink, and to tell you all about it.

LISTEN TO LUIS GARCIA ON THE JITNEY PODCAST

AND SUPPORT HIS BOOK MISSING HERE