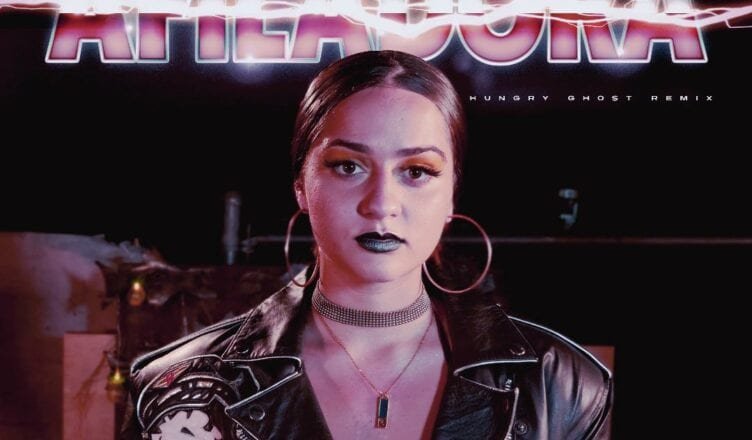 16 years later, chill’n n’ trip’n at III Points, something triggered those childhood afilador memories. Kiele immediately hummed the short jingle onto her iPhone. What she did with it afterwards is what separates her from the many other kids with a dream and a beat.

Helped along by her SAE Institute graduate brother, Kristan Patton, she then spent 60 hours refining the catchy hook into a polished song. The blood and sweat didn’t stop there. To produce the accompanying video, she enlisted the  lighting expertise of Claudio Zelaya of MightCloudMedia. Four, marathon days of filming and the video was in the can.

Kiele clearly has talent. She trained in classical piano and voice since she was 8. In high school, she was president of the school choir and the official singer of the Star Spangled Banner for the City of Doral. She has starred in 7 movies with the Miami based, “weirdo and artsy” Borscht Film Production Company. Not conventional maybe, but Sundance recognition and a Knights Foundation grant qualifies Borscht as legit.

A few weeks ago, on November 21st, Kiele competed at graffiti artist Ethan Punal’s open mic competition at 152 Studio. The judges, LunchMoney Lewis, Nuri, and Momma Pouya, awarded Kiele 1st place and the opportunity to open on December 21st for rising rap star, Yung Simmie, at Up 2 Something Studios in Wynwood. If that’s not keeping her busy enough, she plans to tease her new video, Despojo, before the end of the year and drop a new, LAMEBOT co-produced single on January 3, 2020.

Moonlight clearly signals that America is ready to keep it real. 22-year-old Madame Ki is as real as it gets. Wait. Is that an ice cream truck I hear? Or is it Afiladora, Madame Ki, Madame Ki… http://rusbankinfo.ru