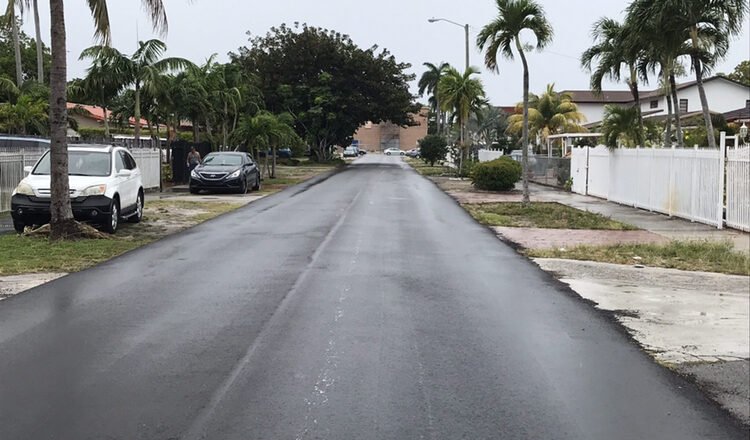 A week or two after the Youth Fair experience, we were an item. It was all-consuming, monolithic, glorious, devastating. The story is full and eternal, like energy and time, always been there and cannot be lost, diminished or even created, it can only change form. Einstein knew. This life-narrative is fantastical and ultimately sad. There were school days like hypnotic daydreams. There were epic nights with combustible climaxes. There were endless phone calls deep into dawn, drifting off in unison, a plastic receiver connecting our souls—one of those phone calls during a 2:00 a.m. airing of Zeffirelli’s Romeo and Juliet. I know, but it’s true. She’ll tell you. There was destructive jealousy and pathological delusion. We had it all! But for now, I’ll tell of one Perfect Day in Hialeah.

It was a hot summer morning, and the clouds bulged with moisture. The lazy Sunday made our limbs heavy and our skin bead with inactivity.  We looked at each other for so long, without tiring or the need for distraction. It was an occupation worthy of a lifetime. So young but so willing and happy to sit still. Almost absurd now. In looking, our mouths made soundless words, every offering a testament to the perfect, fleeting moment. It’s strange to have all you need before you, to know the fear of losing it, even in complete rapture.

We sat on the front porch of her house, in uncomfortable metal chairs, leaning over the vintage wrought iron table. This Hialeah terraza was encased in black iron bars, our little cage of escape, where nothing but an occasional, unintelligible shout from inside the house woke us from our lovely reverie.

I spoke from sudden sadness. “I’m afraid of not having you.”

“That would never happen. I adore you.”

She spoke this way, wiped all doubt with her response, a clean and irrefutable statement that startled me with its honesty and hope. She was older than her eighteen years, and I was a mere fifteen: the dread of my inability to keep up lived with me always.

I was overcome with emotion, and so was she. She cocked her head slightly to one side and smiled through her full eyes, “iPero es que lo quiero tanto!” This declaration, “But it’s that I love him so much!” was something she’d say when she felt powerless or inexplicably sad, or simply crushed by joy. It was spoken in Spanish, and I, the subject, was addressed in the third person. Sometimes the feeling could not be expressed in her common adolescent vernacular. It was too heavy and required a new language and another, imaginary witness to appreciate and document its depth. Or maybe she was praying.

The clouds burst with a low roar, and the rain fell hard. We sat on the little table with the candle on its center. I bought her said candle from Wicks ‘N’ Sticks in the Westland Mall, a one month anniversary gift or something. It was a brown and tan squirrel. It stood on its hind legs and looked surprised but intrepid—reminiscent of the wily gopher in Caddyshack. It appeared caramelized in its waxed glossiness, and I still can’t remember why the f**k a squirrel. Anyway, she cherished the rascally rodent and lit it often, ceremoniously. Maybe it was because its poised carriage was a harmless symbol of my constant tumescence when around her, an endearing effigy to my ever-present erection. Who knows?

I held her hand under the pink vinyl tablecloth, caressing her palm and fingers lightly, finding the purest pleasure in her skin. I was aware of every pore, crease and fold with atomic sensibility, the friction making Venus heat in my chest and loins.

“Let’s go in the rain,” I said, always wanting to do this, but never having a reason.

“So? Let’s do it and take their abuse later.”

“She’ll be really mad. My dad might send you home.”

“Yes, okay! I love you, Weezie.” Only she could get away with that.

We stepped off the porch and onto her street. We sat on the warm asphalt and looked up at a billion cool drops and the ash-gray sky. We sat cross-legged with mouths agape, tasting fresh water, touching wet skin, thinking of faraway places, remote sanctuaries where no one could find us. We took off our shoes, spread our legs in obtuse angles, and connected from all ends, both hands locked and bare feet touching. It was the most sensual thing I had ever felt, and I had trouble stopping myself from touching the forms made by her wet, pasted clothes. I still remember trembling in the rain, the shaking accompanied by a debilitating hunger I had never known.

This matinee, an independent treasure, was unfolding before the elements without human observation, existing in its raw form, devoid of interference, ignorant of popular acceptance, and breaking new ground in a genre withered by the mundane and uninspired.

After some time, we stood and ran freely down the street. I chased her with restraint, always several steps behind, maintaining focused distance for appreciation. She moved and everything came alive on her. I pursued with the love of one who lives for the safe capture of a coveted specimen and proceeds carefully, allowing the rare creature to thrive in its natural state and wild habitat. Hialeah being her lush jungle.

I finally caught up to her and held her to me as if letting go would be my undoing. I kissed her lightly on her dripping mouth and our foreheads touched with a desperate sigh—an exasperated surrender to the feeling haunting us both: the staunchest faith in our love and the gnawing of grief, a heavy sorrow alive in our unspoken prescience and the temporal nature of everything beautiful.

There was a thing she did. It was the sweetest torture, and I never missed an opportunity to endure it. I welcomed and inwardly begged for it. I saw it as a profound expression of love and foolproof unity, her best demonstration of my durability and loyalty. The further she pushed, and the more convincingly she illustrated how much I loved her, the more I believed she loved me. So here it is. This was the first time it happened. 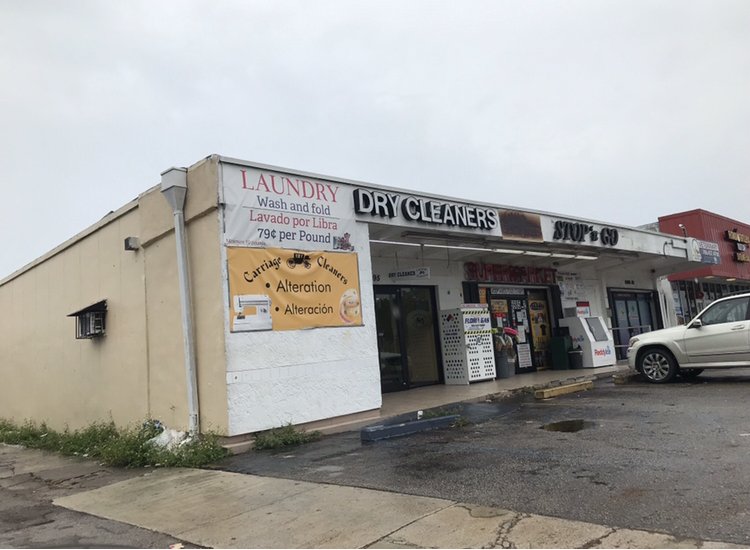 I always rode my bike from Cambridge Square Apartments on West 18th Avenue and 56th Street, to her house off West 12th Avenue and 70th Place. It was a joy ride in any weather, and I lived for the exertion, the anticipation. It was no Odyssey, but definitely a robust excursion. Early on, it was the only way we could see each other outside of school, especially on weekend mornings and afternoons. This was before I started taking my parents’ decrepit Lincoln Continental battleship without asking.

On those rides, a mixtape was my soundtrack. I always chose one before I’d sail off. These were sublime collections I carefully curated, sonic tapestries on my Walkman that propelled me to our moments together. Talk Talk, Blancmange, Thompson Twins, Duran Duran, The Flying Pickets and Ultravox’s “Vienna”, of course, to name a few. I’d be remiss and dishonest not to mention the guilty pleasures. Songs not known for their coolness. I confess I was a musical snob but hope and lovelorn enthusiasm sometimes trumps good taste and sense. I’d defend my dubious choices and occasional lapses to the death. For example, one might’ve found, shuffled in that badass line-up, “Think of Laura” by Christopher Cross or Matthew Wilder’s only hit. I never cared. I could cry or rejoice to The Boomtown Rats, This Mortal Coil, Night Ranger or Lionel Ritchie. For different reasons, sometimes for the same exact ones.

So when things became dangerous in her home, I was asked to leave. Sometimes by her, out of sympathy and mortification, and sometimes—seldom politely—by a parent.

We hated to say goodbye. We’d walk far enough from the parental line of sight and lose ourselves for thirty seconds. Then I’d hop on my sapphire Royal Enfield BMX and pedal west from her house towards the busy 12th Avenue traffic, where I’d make a left at Carriage Cleaners, stop for one last wave, look at her tiny splendor at the end of that living, one point perspective drawing, and ride slowly towards the great void. The distance from her house to that corner was about one city block.

But this time, when I stopped and raised my hand for a final farewell, she flailed her arms frantically, making wild gesticulations, imploring me to return immediately, for God’s sake. I heard her call, faintly: “Weeeezie…!”

I raced back, pumping my quads like furious pistons until I skidded right up to her sandaled feet.

In soft tears she replied, “Nothing. Everything. I just wanted to hold and kiss you again. I wanted to see if you’d come back after making it that far.”

“Of course I’ll come back. I thought something went bad inside. Trouble with your dad.”

“No. I just never want you to leave.”

We said a few more things, I’m sure, but I only remember eventually leaving again, looking back several times as I pedaled away. When I arrived at the same corner spot, by the cleaners, she began the same ritual, the same calling-dance, but this time it was more subtle and soundless, as certain and assured as it was poignant. It was already understood; the signal was just a formality. Even now, I swear I could see her look, her eyes, from that distance. I flew back to her with the same speed and urgency as the first time. I jumped off my bike and into her once more. And we said some of the same things, our hands, mouths and bodies unable to stop. I finally left again. Once more, she called me back at that pivotal moment, just before I reached escape velocity. I went back, of course, again and again. Eight more times in a row. I never biked home until her miniature figure made its way inside the house. I remained at the ready, waiting long enough to confirm she was gone for good.

From that Sunday forward, it became a thing. Her thing. Our thing. And I loved it more than anything. I couldn’t tell you how many times it happened. There was no way to keep count, and I could never fully fathom her appetite for it. But I didn’t give a shit. Admittedly, it’s a minor campaign in the life-realm, but it was rather princely and smacked of Galahad. I look back on this flawless streak with fondness and triumph because for all my fallibility, all the mistakes and bad decisions I’ve made, all the character defects that plague me—amid whatever good I’ve done and created and lived—there’s one thing I did perfectly: I always went back. Every single time. It was the first truly gallant and utterly invested thing I ever did, and a loving feat I know she still remembers.