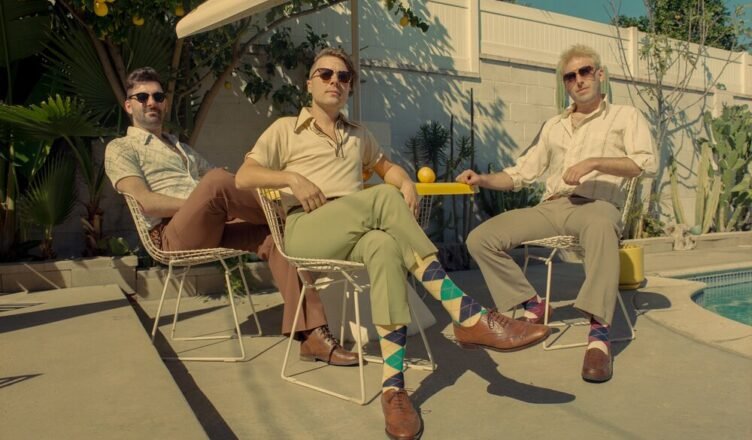 Magic. City. Hippies. Seems innocuous enough when split three ways – and definitely not three words you’d use to describe Miami of late. The magic that once made this city special in quirky ways has been bought, demolished and built over by unscrupulous developers reconfiguring the place for newcomer crypto bros. This rollover raises the dystopian prospect of elites living in clouds above the trash can fires of the locals below.

Maybe nothing so extreme has happened yet, but soaring real estate prices certainly point the way. So it kinda makes sense that in 2015, as the gentrified assault gathered force, a Web-literate band with an anachronistic streak would emerge to level the local musical playing field and embody the Miami we had before CryptoWorldCon and FTX Arena.

Because that’s what Robby Hunter, Pat Howard and John Coughlin did. As the Magic City Hippies, the trio has distilled Floridian Tropicalia of yore into a modern alt-funk indie pop experience that sounds as good over brackish bay waters sloshing into hulls as it does in a living room with cocktail ice quietly melting away.

With their latest release, “Water Your Garden,” the trio’s physical displacement across the U.S. during the pandemic yielded a delightful platter of thematic tunes about nourishing oneself and those we love. Being the modern outfit that they are, these enterprising hippies leveraged Spotify to signal-boost the album, issuing monthly singles in the nine months preceding the January 2022 release, and using the app’s native tools to grow their monthly listener count from the middle six figures to more than 1.2 million.

The band’s tech savviness is more than album sales; it’s how you grow and nurture a fan base – one that is very excited for their upcoming 2023 U.S./Canada tour. Before then, Magic City Hippies will treat their hometown to a proper New Year’s Eve bash and a sound that tips locals to the possibilities of a future that can still be rewritten.