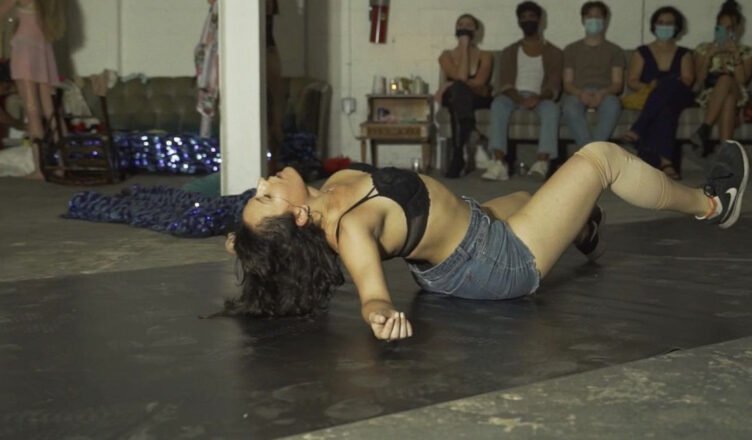 Flipping the storyline as a dancer, Marissa Alma Nick takes that leap and creates an opportunity with the audience to make a space that brings people together. Using different contexts of human connections lets her movements reinvent her role. She has been honing in on her craft for several years now and is on the brink of letting all her emotions have a pulse. Marissa is blasting her craziness in the best way possible.

Before Alma Dance Theater’s performance of Giselle  Friday September 30 and Saturday October 8 at Black Box Media Miami, Marissa Alma Nick hopped on to the Jitney to answer a few questions.

Without telling me the whole part of what to expect this weekend, what is your story of Giselle? Or what can I expect or what can you tell me? And why this subject?

Marissa Alma Nick: So what I did is turn this classic ballet, Giselle, into an immersive cabaret experience, and updated some themes on the traditional tale. First of all my adaptation is all-femme, which made the love story between two women, instead of between a man and a women. And another key switch, is she doesn’t kill herself over a lover who essentially gaslights her. For me, I wanted to create an empowered Giselle, someone who stands up for herself, a Giselle I would want to be.

What I did keep from the original was the traditional use of Act 1 and Act 2 to tell the story, and the Willies and they’re Queen. They’ve always been my favorite part of this story… basically ‘the Willies’ are a bunch of heartbroken women who lure people into the forest, and kill them out of vengeance for their own scorned heart… and it’s the gang of women Giselle ends up with in her afterlife (in the original ballet). So I really based my idea of Giselle as a woman who leans on her girlfriends to find her own strength and power.

In my Giselle, Giselle (performed by Marisa Turner) herself is the star of an infamous cabaret, who has fallen in love with Victoria (performed by me), the owner of the club. Unfortunately, Giselle finds out that Victoria is quite the philander, and has been gaslighting Giselle through several text messages, and it is this unspeakable deceit and heartbreak, that eventually drives Giselle insane, and causes her to faint…. this is all set up in Act 1.

Then in Act 2, when Giselle faints, she finds herself in a surreal parallel universe; one that symbolically mirrors the revealing night at the cabaret, and gives flight to her ultimate revenge fantasy against Victoria. It’s a fun and vivid fever dream, where Giselle imagines herself and her friends from the cabaret (performed by Briana Mendez, Reshma Anwar, Marissa Simmons, Jessica Gilmore and Stephanie Amador), as ruthless vixens who are to avenge her broken heart, by capturing Victoria and forcing her to face her cunning decisions. To be honest, it’s fun as hell to perform. 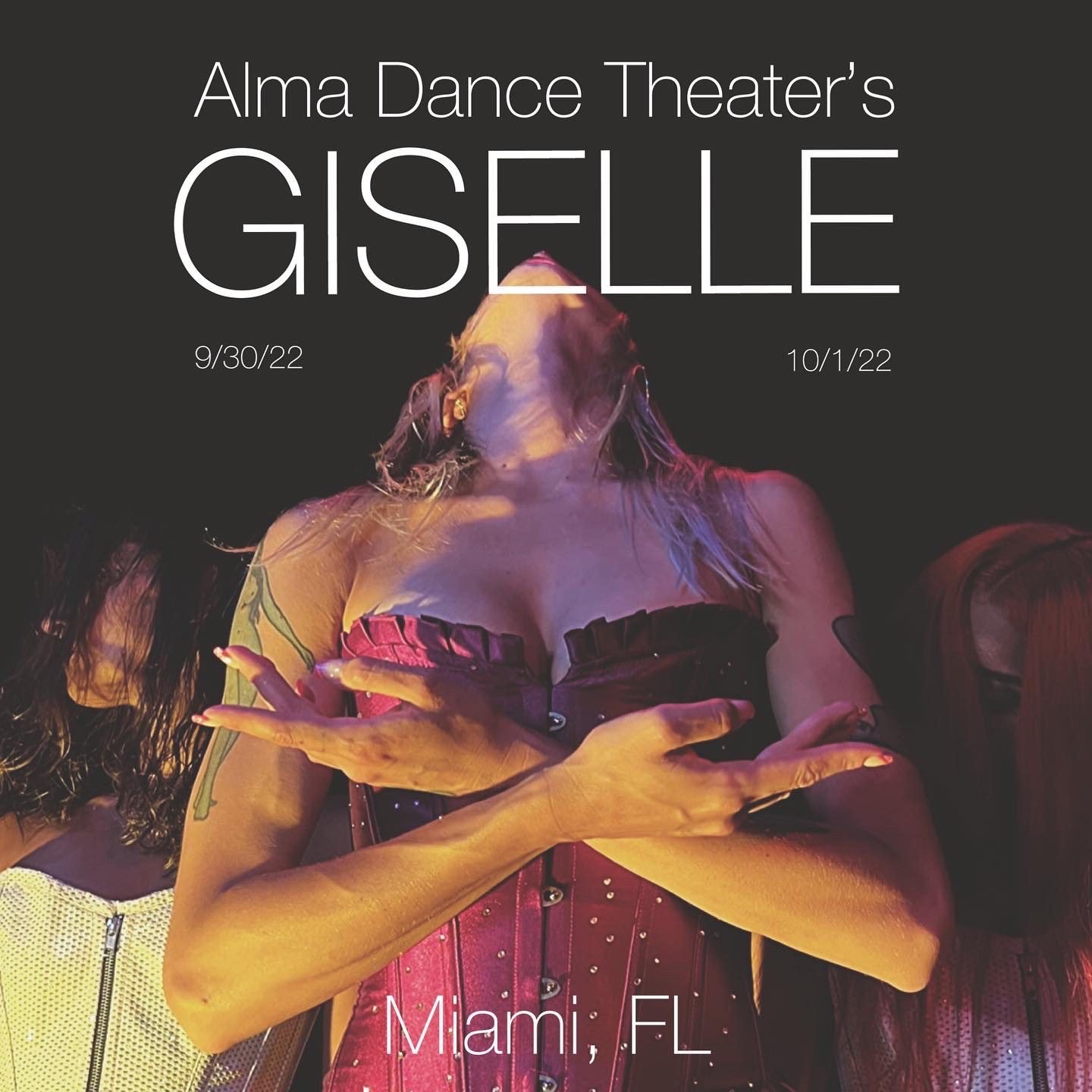 Can you talk a little bit about the past performances that you have done and maybe some unconventional locations where you have performed?

So a running theme for me in my shows is women and healing sexual and domestic abuse trauma, and presenting that healing in a bold, and often sensual nature… so what has always appealed to me is presenting these women and their stories in equally bold settings. Though I have set work in the theater’s, and I love it, I often find myself drawn to unconventional and raw spaces, like warehouses, and abandoned spaces. I like the unfiltered approach that allows you to see the women in this honest way.

For example, this show… like my last show “Rebel In Venus”… has an exposed dressing room – so there is no ‘backstage’ or any wings for the dancers to hide behind. So not only do you see the dancers put on this show, you see them preparing for the show, a perspective that is sometimes hidden. But I find so much power and beauty in women, so watching them do the most mundane things like take a selfie, going over choreography in their mind, or fixing their lipstick… these moments are equally beautiful and powerful, and I like finding ways to include that in my shows.

For Giselle, being in a blackbox warehouse wasn’t the plan, it was originally commissioned for a theater, but things got pushed. We ended up at Black Box Media Miami (a blank space, though I am building in a stage and lighting grid for this show), and I think it’s actually pretty perfect, because of the unique space I could make this show entirely immersive, which wasn’t my original vision, but that’s art… always unexpectedly evolving exactly into what it was always meant to be.

I established Alma Dance Theater in Miami (my hometown) in 2015, I had always had an all female dance company… but was too scared to establish one. Then my grandmothers both passed that year, and I felt like I had little to loose, plus it was a way for me to honor them, the same way I honored my great-grandma ‘Alma’ – who I’m named after.

If given any opportunity or platform to do a performance with any location where would it be?

If I could fly anywhere and do a show anywhere … I’d probably say any place with a big ass warehouse, in any place that has an audience that loves dance.

Do you remember the  first performance you ever saw? Can you tell me a little bit about it?

I remember my first show was Paula Abdul and it was epic. I was like, seven so It was larger than life, and everything was beyond real. But damn did it have an impact on me, I loved how the energy of those dancers and performers could do something (that I had no words for yet) to like 10,000 people at the same time, and that thing (that I had no words for) seemed to make everyone feel something. That show proved to me that performers are magicians, and I knew I wanted to be one.

How do you come up with ideas or plans on what your next project will be?

I don’t plan much these days. Like this show, Giselle, totally unplanned… but I got a divorce, felt some type of way about it, and sought a way to produce that feeling /vision. So now I guess I let life do its thing, and then I respond to that through my art. Sometimes someone commissions me to do something, and I put my brain and body into motion, but when it comes to creating my own work on my own time… that I stopped planning, especially after 2020.

Visual artist Maitejosune Urrechaga is a South Florida artist who works with music, installations, comic books and film. She is perhaps best known as the "better half" of Miami's Pocket Of Lollipops where she plays bass and shares vocal duties with her husband drummer.