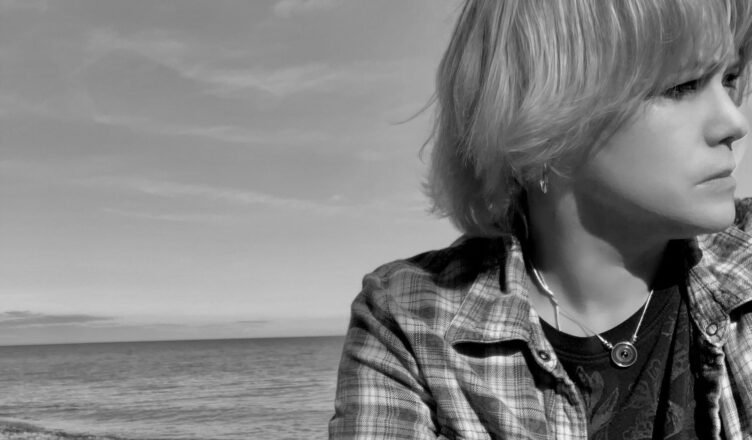 Based in South Florida, Y&T music released Shine, the 2021 album by renowned folk-rock singer-songwriter Mary Karlzen and, with its cross-section of memorable tracks, it’s a keeper. Combining modern-day folk-rock energy with pure pop songwriting, the album is a stellar showcase for Mary’s music. She’s been compared to singer-songwriters Sheryl Crow and Nanci Griffith yet there’s also a kind of New York style Marshall Crenshaw vibe on Shine as well. A more country-rock version of The Bangles would also be a good comparison.

Many fine musicians back Mary up on the 12-track album including Ben Peeler (guitars) Garry Tallent (bass), Kenny Aronoff (drums), Mark Goldenberg (guitars) and many others. Mary might be well remembered for her Dualtone Records and Atlantic Records albums, yet her 2021 Y&T album is right up there with her finest works. Soaring studio production and mixing work by Jansen Press is another fine selling point. Even with a kind of all-star backing band in the mix, the songs on Shine makes it a contemporary pop-rock album not to miss.

Where are you living these days and what do you like best about it? You are from Chicago originally right? And your record label is based in South Florida. So, how did you meet Rich at Y&T Records? I used to buy CDs at the Yesterday & Today record store when I lived in Florida in 1989 and 1990. Y&T have some great CDs out recently including the anti-war tribute they did called Make Music Not War: Put Down That Weapon which I know you also appear on a track called “Soldiers”. Tell us about recording that track.

Mary Karlzen: I live in Milwaukee, Wisconsin. I know Milwaukee has been the brunt of many jokes, like in the Simpsons, when Springfield is declared the country’s fattest city, Homer yells, “In your face! Milwaukee!” We get that a lot. Honestly, Milwaukee is a hidden gem. It’s like a small Chicago, without the traffic and ‘Da Bears. If there’s something we don’t have, Chicago is 90 minutes away. Yes, I’m from the burbs of Chicago so I was torn when becoming a Packer’s fan. After high school, I moved to Fort Lauderdale and got into an all-girl band called Vesper Sparrow. We became very popular in the area and that’s how I met Rich. One night, he came out to see us at a show. Yes, Yesterday & Today was an amazing place to buy all kinds of music and collectibles. It was really a crying shame that MP’3 killed the record store. There is nothing like thumbing through LPs looking for something special. I worked at a record store all through high school, Musicland at the Woodfield Mall in Schaumburg, Illinois. Then I went to work at Rolling Stone Records in Norridge, Illinois. Had to lie and say I was 16. But enough about my resume.

As for “Soldiers”… I was asked to contribute a song and it had to be an anti-war cover. It was written by James Taylor, one of my all-time favorite song writers. I believe it’s about the Civil War. At the time, we were in the last year of Trump’s term and I felt our country has never been as divided as it was since the Civil War and I feared another was on its way, so it seemed the right song for that time.


What era of music history did you grow up in and how did you first become exposed to pop, folk and rock music?

The late 1970’s but mostly 80’s music was what was playing around when I was in school. I have three older brothers who mostly listen to singer-songwriters like Jim Croce, James Taylor and John Denver, so I heard a lot of that in the house. My dad was a huge country music fan so while my friends were listening to Journey and Styx, I was forced to hear all the old country stars like George Jones, Merle Haggard and Loretta Lynn. I hated at the time, but now I am so grateful to have had that exposure. Once I started working at the record store, the doors flew open to a whole new world and I basically exchanged my paycheck for records. That’s when I discovered a lot of the Southern California songwriters like Jackson Browne, Joni Mitchell, Rickie Lee Jones, CSN&Y which I think I gravitated to in my writing. My music collection was very eclectic because of the store and I loved all kinds of from New Grass Revival to Keith Jarrett but also fell in love with Bruce Springsteen, Elvis Costello, Dan Fogelberg and Nanci Griffith. I did have all the Beatles records and some Dylan but they weren’t the artists that made me what to pick up a guitar and write songs. The artists that compelled me to write were James Taylor, Jackson Browne, Rickie Lee Jones, Tom Waits, Joni Mitchell and Nanci Griffith, among a few others.

Where and when was Shine written and recorded?

Most of the recording was completed before Covid hit. So when the world slowed to a halt, Y&T did not want to release any music because people were mostly trying to keep from dying so music didn’t seem appropriate to release. It worked out well though because I realized it needed to be remixed and remastered so we had time and waited until Covid was getting roped in. I only went into a studio with other musicians for 3 tracks. When you don’t have much of a budget, working remotely is really the only option. I don’t like it as much but was able to get great musicians to play on it because it was affordable to do it that way. As for playing out, our last show was in Miami in late February of 2020, just when we started to hear about some illness that was going around.

Is there a reason why you call the new album Shine? Is that a positive word to describe the craziness we went through in 2020 and are still going through? Shine back can also mean reflection and God knows we’ve done enough reflecting this past year.

I wish it was more metaphorical but, the title comes from a song on the CD. In 2019, I didn’t really think about music much. We had worked on the song a while back and it was put on the shelf. I didn’t like the tempo and it just wasn’t right. One night, Jansen, the producer of the last CD, Wanderlust Diaries, sent me an email with the song Shine attached. He said he messed around with it just for fun. One listen and I just started bawling. It was just like the way I always heard it in my head and once again I had that feeling like I needed the world to hear it too. It was the impetus for me wanting to do music again and got the ball rolling on the CD, so it seemed like it deserved the title spot.

Is the lead off track on Shine, “Slowly Disappear” autobiographical and did you write it someone about someone specific? Watching someone disappear is hard no doubt. There’s a great guitar solo on “Slowly Disappear”, who’s playing it?

That song’s really difficult for me to talk about. I am sure anyone that has a relative that suffers with a terminal illness or drug abuse or mental health issues will relate to the lyrics. The guitar part was played by the producer of the CD, Jansen Press. He lives in France and is the Gibson guitar ‘rep’ for a large part of Europe. He’s an awesome player and goes about the country doing guitar demo shows.

The Shine album has strong folk-rock roots but it’s also quite a strong pop-rock album. A good example of combining both folk and rock is “Say You’ll Never Go Away Again”. Sorry to harp on the great guitar work on Shine but, again the guitar solo is blistering, who is on lead guitar on that one? Is that track written for someone in your family such as a child?

That’s Jansen again on guitar. Yes that song is about my girls. When they were little we would make rocket ships out of large cardboard boxes and they would color them with their favorite colors, pink and purple. When they were very young, they were with me 24/7 and as they grow and gain their independence, the more they are away. It’s about that not wanting to let go thing, not wanting to lose that child to the world. Now they are teenagers and I can’t stand that I will lose them to the adults they will become. I don’t like the passage of time. It’s too cruel.

How did you assemble so many great musicians to play on Shine? You’ve always been surrounded by excellent musicians, even going back to your early albums plus I’m amazed that some of the musicians on Shine, like Mark Goldenberg for example, also played on your 1995 album Yelling At Mary. Also how did you meet producer Jansen Press? The sound is excellent on Shine so I’m amazed that Jansen also mixed the album as well. It sounds clear as a bell with a great sound dynamic in play. What was it like working with Jansen?

When I was first playing around South Florida, the guitar player left and Jansen answered an ad to audition. I was very lucky to find him. He eventually moved to Nashville, where he picked up the producing bug. His wife is a very talented singer-songwriter named Jolynn Daniel so he started producing her music and that led to him to work with others. There are some great players in Nashville so when we decided to record Wanderlust Diaries there, Jansen just called around town to see who was available and it was lucky Springsteen was not keeping Garry Tallent busy at the time. Jansen is great to work with as a producer and would highly recommend him to any artist. He knows what he’s doing and super dedicated to getting things exactly right. No pressure in the studio just good vibes and he creates an atmosphere where everyone wants to do their best for each song. For Yelling at Mary, that was produced by Kevin McCormick. He was the bass player and music director for Jackson Browne at the time and he knows all the LA ‘cats’ so he put the players together. Kevin was great to work with as well. I got lucky to get him.

I really like the cover art of Shine. Where is the cover picture from? So tell us Mary, what are you looking forward to in 2021 and how do you plan to promote Shine? I hope it makes the cut for a Grammy for best pop-rock album of 2020. At least it will bring the album to further exposure and listening consideration.

Oh wow, you made my day! Thanks for the kind words. The pictures for all the artwork were taken at Lake Michigan by my house. The photo was not meant to be the cover or even used. It was taken with a phone so the quality is not great. It just seemed right when we got to doing the artwork. Don’t have a whole lotta plans for promotion. It’s really difficult to get any traction out in the wild world of music streaming so am I content for just making music for the love of it. Like I said, I’ve never made any money doing music and I don’t see that changing. I am already writing for the next CD. I have plans to record 5 or 6 songs in Miami in early June so that should keep me out of trouble, for a while.

View all posts by Robert Silverstein →