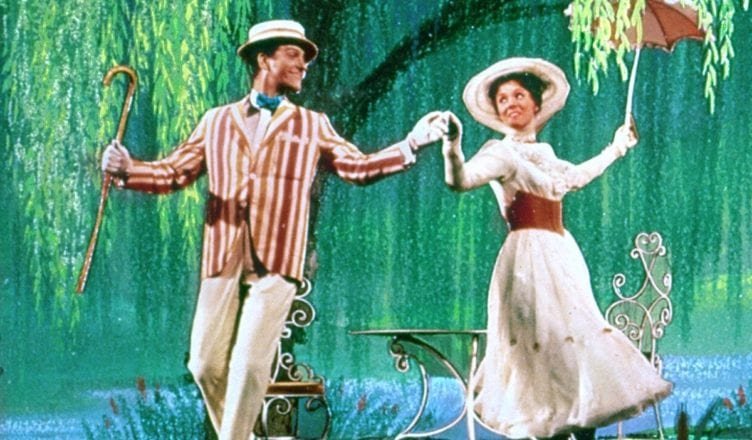 As the title implies, Mary Poppins Returns is a sequel. It is so slavish to the original Mary Poppins from 54 years ago that it might as well be a remake. And, sadly, it’s not a particularly good one.

The story picks up around 20 years after the events of Mary Poppins. The Banks children, Michael (Ben Wishaw) and Jane (Emily Mortimer), have grown up, with Michael having three kids of his own. Recently widowed, a depressed Michael finds himself in serious financial difficulties which threaten the childhood home he and his family still live in. In pops Mary (now played by Emily Blunt), the magical nanny, gliding in on a kite to save the day. With the help of a lamplighter, Jack (Lin Manuel-Miranda), she sings and dances her way to setting things right…

…supposedly. The movie’s problems begin with that plot. It doesn’t come up with a good enough reason to bring Mary back. The Banks family’s emotional issues can only be solved with time. They need to grieve. The money stuff? Poppins has never been about money, and she doesn’t do anything particularly useful in respects to that anyway. Mary Poppins’ return, simply isn’t necessary, and neither is Mary Poppins Returns.

But return she does because the Walt Disney corporation wants to bleed every last drop from every franchise it owns, resulting in this copy. Everything here is an approximation of a scene, a theme, a moment from the original. Mary and the gang spent a good portion of the first film in an animated universe surrounded by wonderfully drawn anthropomorphic characters, so of course, that’s repeated here. Except it leads to a noisy and completely pointless chase sequence. Originally, Mary was joined by Bert, a jovial chimney sweep, culminating in a still amazing dance sequence on London’s rooftops. Here she’s joined by Jack, who eventually does an extended number with his fellow lamplighters in an underground park. How that’s supposed to top dancing on the rooftops of London is anyone’s guess.

Mary Poppins Returns is so obsessed with redoing everything that came before it.

They even have New York-born Lin-Manuel Miranda doing a phony English accent just like Dick Van Dyke’s Bert, except Miranda’s isn’t particularly charming. When they do take detours, it’s in ill-advised ways. That animated sequence mentioned in the top of the paragraph kicks off with a musical number in which Mary Poppins appears dressed as a cabaret singer, singing a song filled with double entendres and innuendos. What were they thinking?

After all that, I have to admit, I didn’t actively dislike Mary Poppins Returns as I watched it. If the studio behind it is in it clearly for the money, at least some of the talent involved in making the actual movie seem to be trying. The music left the best impression on me. Both the score by Marc Shaiman and the songs, also by Shaiman with lyrics by Scott Wittman, ape the original’s music well, the score especially. As for the songs, it’s difficult to imitate the Sherman Brothers, who wrote so many catchy, clever songs for Disney’s musicals in their golden era. While the musical numbers  aren’t as clever or memorable, they are enjoyable, toe-tapping fun for the most part. The movie does engender a certain goodwill with them. You won’t walk out of the theater depressed, at least.

Emily Blunt’s casting as the titular Poppins is solid on paper–she’s beautiful and classy, can sing and dance, and is British–her performance is so predicated on imitating Julie Andrews, who originated the role on film, that she never manages to make it her own. Worse, she pushes that imitation so far that it comes off as forced, never quite capturing the yin and yang of Andrews’ Poppins whose cold, confident exterior was tempered by that smoldering warmth and caring underneath, shining through Andrews’ expressive eyes (yes, I have a thing for Mary Poppins). That frigid exterior is all Blunt comes up with, bypassing the lurking sadness of a woman who loves all of her charges dearly, but always has to leave them because their love is meant for someone else, which, as she says in the first film, is “as it should be.” Blunt never finds that sadness, leaving her a smirking background presence who lurks in the periphery and simply blows out of the frame by film’s end rather than mysteriously, elegantly carried off by the wind.

The ethos behind this production is cynical and calculated. Instead of earning the audience’s emotional response, everything is piggybacked onto the fondness we have for the original. And yes, it’s going to ride those coat tails all the way to the bank, but that butt load of money won’t make the movie good. They should have left well enough alone.