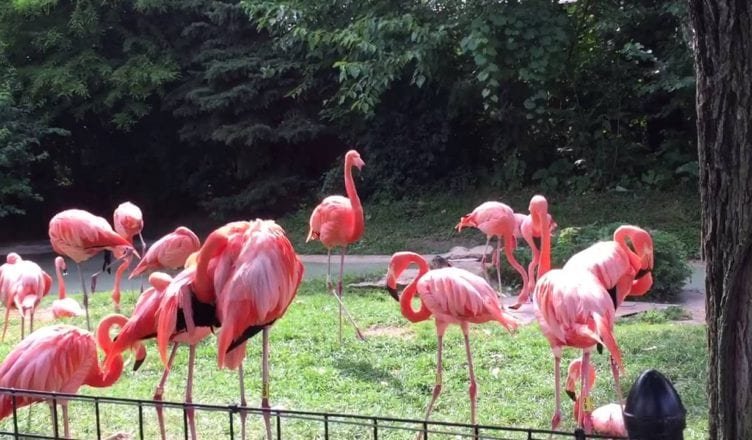 We are happy to have Mary on-board The Jitney. She’s so boss (and funny), in classic Jitney fashion, we let her interview herself.

Hello Mary, thank you for sitting up on your couch to participate in this interview.

MS-tell our readers where they can catch you performing next.

Mary-My pleasure!  This coming Thursday, April 18th, I will be featuring at “Funny in Pink” , an all female line up curated by the one and only Julie Baez.

MS-fantastic!  How is it possible to get an all-female line up on a steady basis?  I mean, it is a male-dominated field, and I mean, how many funny women can there be here in South Florida?

Mary-well, they walk among us.  These funny women are not as elusive as people once thought. In fact, a female now hails as Miami’s Ultimate Comedian!  Congrats to Jackie Sanchez! My hunch is they just aren’t given as many opportunities as a human with a penis is offered.  This is a theory I am researching, I have no actual proof. I personally have not experienced this sort of prejudice or sexist behavior.  Literally-NO ONE has asked for a sexual favor in order for me to get booked.

MS-tell me about the line up.  What can people look forward to?

Mary – Well, Funny in Pink Productions is a Julie Baez creation.  She is tireless. I used to be so jealous of her when we were coming up because she was hustling and grinding five nights a week and I wasn’t allowed out.  I was married to a Cuban and he wanted to know who was going to make his sandwiches.

The headliner is Eli Rodriguez, one of my faves.  We also work together at Have-Nots Comedy. Not afraid to push boundaries, or a shopping cart, or someone down the stairs to get to where she is going.  Look out. That’s for y’all in the front row!

Support local comedy and catch Funny In Pink this Thursday at 8:00pm at Bousa Brewing. Click here for more deets. 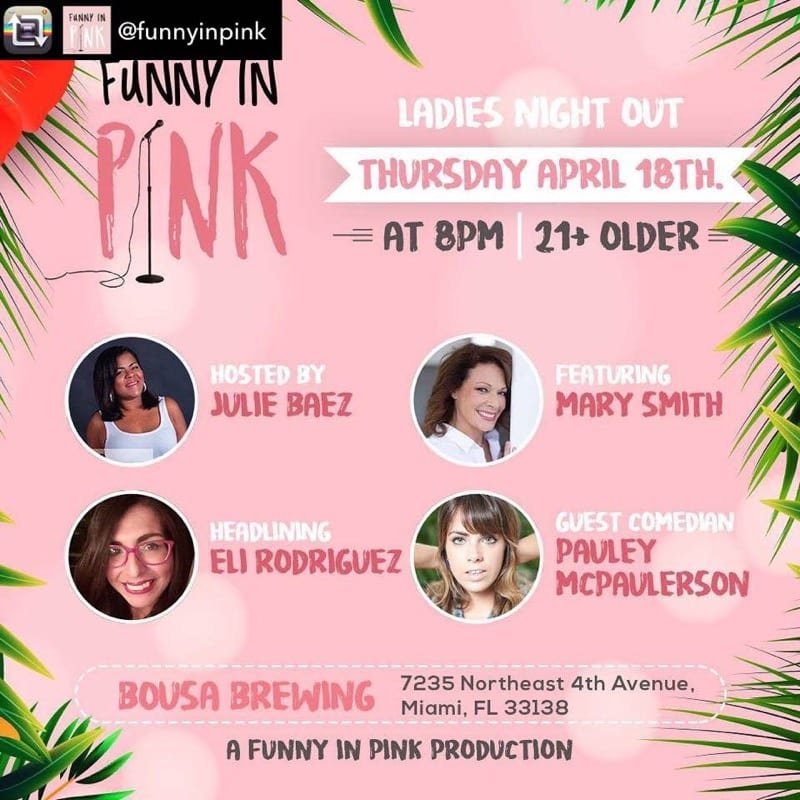 Mary C. Smith is a touch of Miami goddess and a heaping dose of New Jersey charm. She is a staple of the South Florida comedy scene.