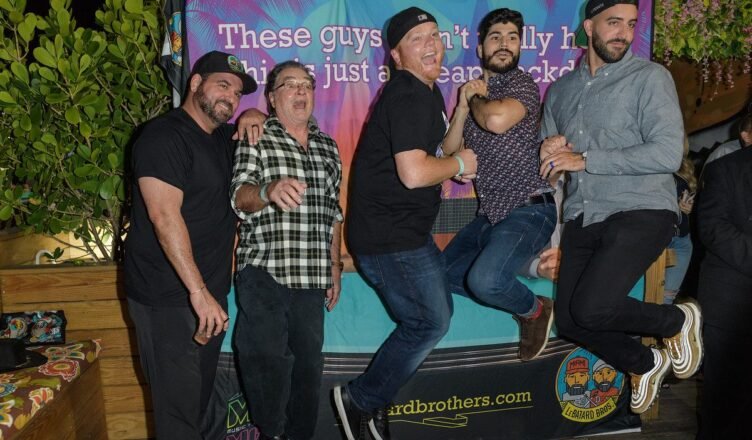 MÁS MIAMI is back, and whether you know him or not, Dan Le Batard is Miami’s #1 media son.

The son of Cuban exiles who grew up in Miami, Dan went to The U during it’s football heyday, giving him unprecedented access and insight as a journalism major. That catapulted him to his job as sports writer for The Miami Herald, where he cut his teeth and befriended Miami sports writing legend, Greg Cote.

It was sports radio, but quicky it wasn’t sports radio. The show had a unique way of covering sports while unmasking the way sports takes itself too seriously. That’s also when Dan’s passion for addressing racism and social injustice began to surface.

Eventually, ESPN began courting the show. Dan eventually agreed, but only on his terms. His term was Miami. He would not move to away to do the show. The show had to be in Miami and had to represent Miami.

ESPN accommodated by not only agreeing, but converting part of the second floor of The Clevelander Hotel into a studio for The Dan Le Batard Show with Stugotz. Walking distance from Dan’s home, it doesn’t get much more Miami than that. No traffic??? Cool!

After a wildly successful ten year run and the addition of Highly Questionable, a show Dan hosted with his charming Cuban exile of a father, it was time to leave ESPN. Many issues were a factor, but the show had grown and needed to go in it’s own direction.

“The Pirate Ship to Nowhere” was the aptly coined term by which they referred to themselves. Trusting the seas, they were not rudderless for long. Dan formed his own media startup company, Meadowlark Media, with dear friend and former president of ESPN, John Skipper.

They signed a deal with the online gaming site, Draft Kings, and now they are their own identity. The Dan Le Batard Show with Stugotz  is now one of the nation’s top sports podcasts. They have their own YouTube channel and they remain very Dan. Very, very Miami.

Throughout his whole career, Dan Le Batard has always been proudly Miami, and grateful to his city as well as his fans.

That’s why in 2017 he started a party called MÁS MIAMI. A party for his fans from all over that would represent the best music, art, and sports (hence MÁS) that Miami has to offer. Each one bigger than the last, it started at Blackbird Ordinary, then Revolution, The Wynwood Yard, and finally just before the pandemic at The Wynwood Factory.

Now, just like the show, MÁS MIAMI is growing up. On December 10th at The Wynwood Marketplace, MÁS MIAMI 5 will descend on Miami.

There will be plenty of bang for the fan’s buck. Not only will there be the usual fun, hijinx, and interactive show based activations; but the great G Love of G Love and Special Sauce with be performing as the event’s first big national act. R&B dynamos, Patrick & The Swayzees will also grace the stage to wow the crowd. The show’s very own Mike Ryan will perform his highly anticipated DJ set. Zoo Miami’s Ron Magill will  also be doing his “Sex with the Animals” show, which he usually reserves for a ticketed Valentine’s Day event for charity. There’s even a domino tournament to kick the night off.

Whether you are a fan of the show, casual listener, or want to check out a “super Miami” party that Dan created for his people; MÁS MIAMI 5 looks to be both and epic event, and a labor of love.

As Dan himself put it, “This is going to be the largest and best party we’ve thrown. We have a lot more support than we had before. And we want to make sure our fans feel how profound our gratitude is. They’re going to get mucho mas MAS, and the music is going to set your eyebrows on fire. We’ve learned how to put on a good show. The FOMO will be seismic for the people who miss this. Miami made us, and this is our way of saying gracias.”

Tickets are available at www.maslebatard.com .