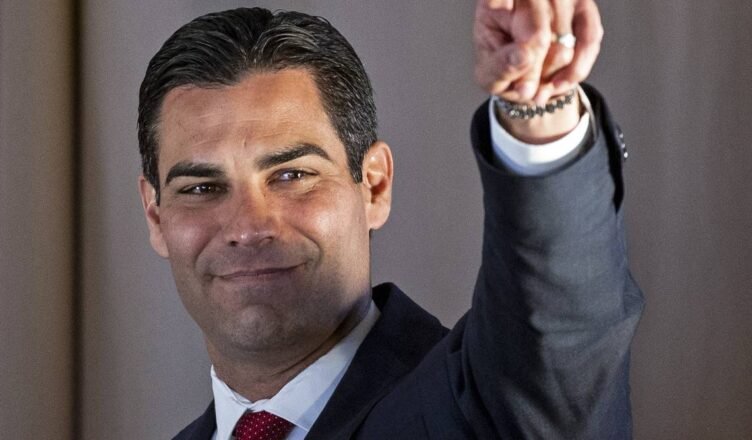 Miami Mayor Francis Suarez  who never met a camera he didn’t like, went on tv  last week to try to recruit bitcoin miners to make the move to sunny Miami. “We want to make sure that our city has an opportunity to compete. We’re talking to a lot of companies and just telling them, ‘Hey, we want you to be here,’” Suarez told CNBC. “The fact that we have nuclear power means that it’s very inexpensive power.”

But while some see bitcoin miners as a pest, Mayor Suarez sees them as an opportunity. Which had us imagining what other undesirables might Francis Suarez give the keys to the Magic City?

In a July 23 interview with CNN, Suarez will say, “I’ve been e-mailing all kinds of criminal syndicates telling them Miami is open for business for bank robbers. We are a cash rich city with a bank on every corner. We even have surplus face masks that no one wears  that we can offer as a tax credit if they want to obstruct their faces.”

“We hear China isn’t appreciating their wet markets. The sellers of rare animals  are being blamed for the worldwide COVID-19 pandemic. One bad pangolin shouldn’t spoil the whole bunch,” Suarez  will write for a August 3 Op-ed in USA Today. “We in Miami love to give people second chances. So if you  want to start a wet market at Bayside or Wynwood, give my secretary a call. As a bonus we have all kinds of big lizards and giant cockroaches you can feel free to sell.”

“We want Miami to be the next big tech hub,” Suarez will say in an exclusive sit down with Sean Hannity on September 2. “So I’ve been on the dark web in negotiations with a lot of ransomware start-ups telling them to bring your firms down to the 305.” After saying this Suarez will then pull out his phone for the audience to witness and say, “See I just got an e-mail response from them,” will be Suarez’s last words before his camera feed along with the rest of the Florida peninsula cut to black. For the next week.

“I’m sure you know the 9/11 terrorists planned their attack in South Florida. What a lot of people don’t know is how much their time down here boosted the local economy whether it was at our excellent restaurants or our fantastic strip clubs,” Suarez will say in an October episode of a Joe Rogan podcast. “The point is they’re going to be plotting these attacks anyway. They might as well do it in Miami where a local waiter trying to feed his family might get an extra ten dollar tip.”

In December after further accusations that a lab error was responsible for the COVID-19 outbreak, China will shut down their  Wuhan Institute of Virology. Mayor Suarez will soon after be on Facebook Live inviting the Institute to relocate to Miami. “This goes out to Wuhan. So you made an oopsie? Who hasn’t made a mistake? OK your lab error cost  4 million deaths worldwide. Where some people see long term consequences, we in Miami see short term dollar signs. Come down to Miami. Our humidity makes for a great climate to create viruses and we have a ton of cheap labor who will be happy to accept dogecoin in exchange for your experimenting on them. Let’s do lunch. My treat.”