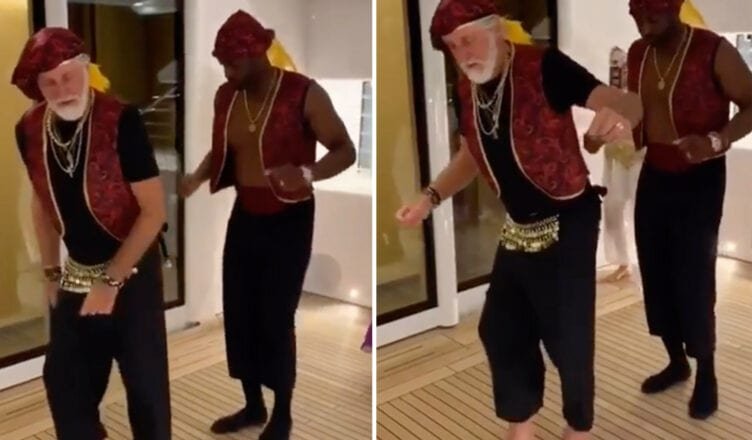 Yo check it, my boy Javi scored tickets for the Miami Heat pre-season game. He owed me for sparking up  the rest of my eighth of crippy after I passed out, so he took me to the game. It was the cheap seats but it was cool. Then I was like yo why ain’t Spo putting in Whiteside.

Bro, do you remember anything? All last year was the Dwyane Wade retirement tour. He’s out sailing and dancing the seven seas with Pat Riley.

Damn that’s right! My head hurt cause I didn’t know who the hell I was rooting for any more.

So you don’t feel whack, I’m hooking you up with some education. Here’s who’s who on the dopest team ever, the Miami Heat.

Yo, if you don’t know UD, you don’t know jack. Or you’re real young. Haslem been on the Heat forever. But the OG ain’t played a game since like 2009. He so gangsta he get paid for not doing anything.

You gotta love somebody called the Dragon. He look soft but he’s like never got any teeth. He spits out blood a lot.

Bro I forgot we had Philly Cheese. He’s either the best player I’ve ever seen play or maybe the worst. Sometimes he scores twenty points in a row. Other times he’s fat.

Every team needs a tall white guy. Ours has long hair.

Like once or twice a year I see this bearded dude in a Miami jersey and I’m like yo Heat got back LeBron James. But JJ’s like a video game guy who can only hit turbo once a game to do a boo-ya dunk and then he’s all tired and passes the ball to the other team.

He been on the Heat fo a long time. I think Spo keeps playing him cause his name so cool. The Justise League. Justise for all. Peace, Justise and the American Way.

Yo, I never knew Tim Duncan and David Robinson had a baby.

He’s a skinny guy who dunks a lot. I cry in my 40 when he plays cuz he’s the reason we traded Whiteside.

Miami Heat always loved Butlers. Rasual Butler. Caron Butler. Now we got the best Butler of them all. Except for maybe Mr. Belvedere. That was a funny ass show.

I was all down when the Heat drafted Tyler Herro. Did we need another white guy? Specially another white guy with short T-Rex arms? But he proved me wrong. Not only my boy Tyler dress and talk gangsta he ballin’ all gangsta. You my hero, Hero. I mean you my herro, Herro. Whatev.

Isn’t that like the official law office of the Miami Heat?