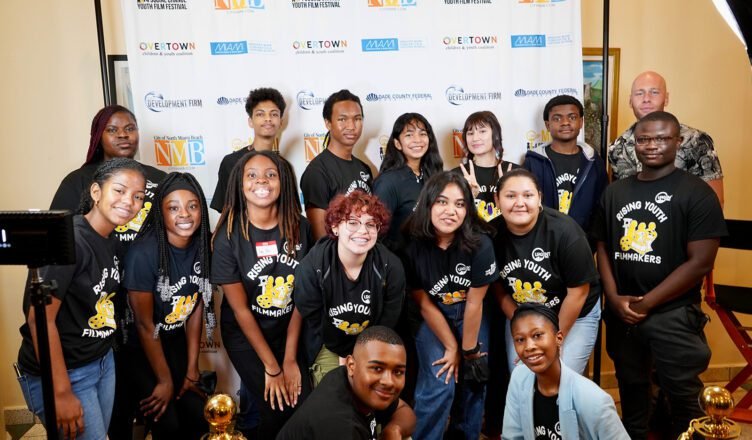 We live in an age where it is easy for  media to take over. When it comes to young people in particular, it can be hard to tame the beast that is social media. The Miami 4 Social Change Youth Festival presented by URGENT, Inc. does so and does so well. This dynamic two day event was dedicates itself to showcasing the talent of youth under the age of twenty-four.

“We started the youth film festival seven years ago because we were operating a program called FACE (Film, Art, Culture, and Entrepreneurship), and that program is designed to introduce teens to creative careers. The kids were creating such great work that I thought more people needed to see what is coming out of our young people”, says Dr. Saliha Nelson, who serves as CEO of URGENT, Inc. a non-profit creative youth development organization dedicated to empowering young creative minds to transform their communities.

One of these talented creatives is Shayla Smikle, a recent high school graduate who describes herself as “outgoing and shy” and is the writer of the short film Super-Hero. “It’s about a guy who just feels unmotivated. He’s going through a lot of stuff in life. It’s almost like no one understands him and he’s just trying to build back up that motivation. He actually gets that spark of motivation inside the film.” Smikle started on her creative journey as a digital film intern and an apprentice of Urgent Inc. “When I applied for this internship, I did not know what I was getting into. I thought I was just going to be doing something like automatically taking pictures and videos. I didn’t know I was going to be getting so many tools and steppingstones to be able to build myself and grow to the person I am now. When I first came in, I barely knew how to turn on a camera to take pictures.”

Other compelling short films at this year’s 4 Social Change Youth Festival included Make A Wish, which showed the vulnerability of a child’s happiness and Home, a story about how sometimes the lines between reality and misapprehension can be blurred.

The festival’s main goal seems to be helping youth, even ones that do not have work that will be showcased at the event. The festival included masterclasses taught by industry professionals and speeches by celebrity guests. This year’s roster included workshops about public relations, improve, and broadcasting; and a speech by model and actor Sergio Delavicci who gave a riveting talk about following your dreams and the importance of being your own best advocate. “I feel like the youth is the future of this country,” says Delavicci. “And it is the responsibility of individuals like myself to set an example for this generation so this generation can set a good example for the next generation.”

With interesting entertainment and fun atmosphere, this year’s Miami 4 Social Change Youth Film Festival was a successful one.

View all posts by Hannah Spence →