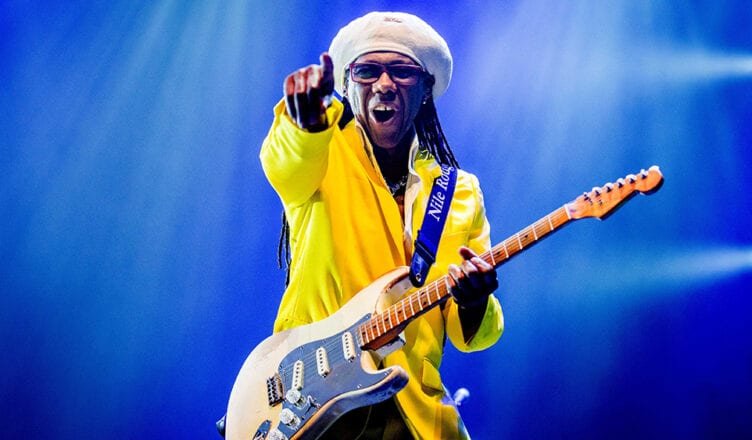 As we’re just a couple months away from Miami Beach Pop Festival, we’re going to take a periodic look at the musical acts we’re most excited to see. For the full schedule and for more information go to miamibeachpop.com. Without further ado, here’s the Jitney’s can’t miss selections for Friday, November 8.

Besides Chic being the band behind the best songs of the disco era like”Good Times” and “Le Freak”, guitarist Nile Rodgers is the musical legend who is only two degrees of separation from every other musical legend. He produced David Bowie’s “Let’s Dance,” Madonna’s “Like a Virgin,” The B-52’s “Love Shack,” and co-wrote Daft Punk’s “Get Lucky.” If recent setlists are any indication, he pulls out all the hits for his shows.

This Colombian electro group are no strangers no Miami. Every one of their South Florida shows are raucous affairs where their paisanos, the strong Colombian population, come out to dance to their psychedelic cumbia beats.

The pedal steel guitar legend always does his hometown of Miami proud, going so far as to name his last album Exit 16, because ““That’s where I’m from. To get home all roads lead to exit 16 on the turnpike,” he told Jitney in an interview last year.  Collier has played with a who’s who of notable musicians from The Allman Brothers to opening for B.B. King and always brings a bluesy flair to the festivities.

Bob Marley’s son Stephen Marley will pay tribute to his old man’s music a few months before Robert Nestor Marley would have turned 75 if cancer hadn’t killed him in 1981 at the University of Miami Hospital . Beyond sharing the same last name Stephen Marley also has reggae bonafides releasing solid records and putting on a dynamic live show. The celebration also promises very special guests. Whether that’s other musicians on the bill or some of Bob Marley’s other talented children, we’ll have to wait and see.