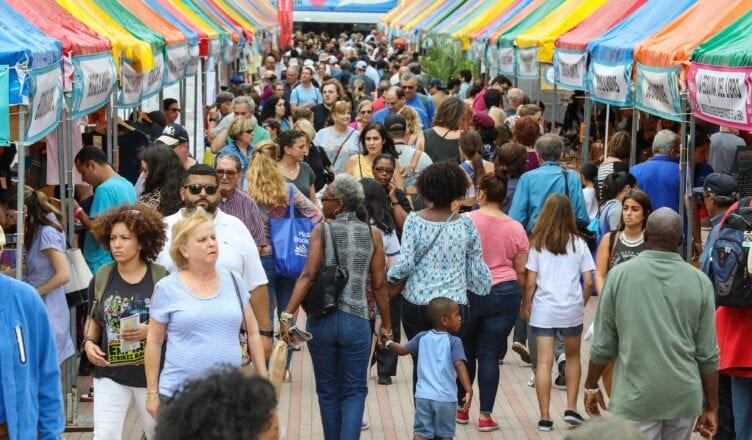 As with all  events where tons of people congregate, the 2020 Miami Book Fair had to move virtual. So this year instead of going to Miami-Dade’s Wolfson campus from November 15 through 22 to hear and see your favorite authors read and answer questions, you will instead have to log on to your favorite screen.

According to the Book Fair’s press release you will need to go to Miamibookfaironline.com which will go live November 15. “Although the site is not be fully operational until programs are complete and ready for viewing, the registration page is open. Starting November 1, registered virtual fairgoers can start building their personal watchlist, complete their profiles based on interests, and start browsing the schedule of events.”

The complete Fair program will be available at www.miamibookfair.com on October 15. Here are highlights of some of the most famous names that will be involved.

The rock and roller and one time Miami Beach resident released his first memoir named after his great song Let Love Rule.  The autobiography chronicles the first twenty-five years of his life, discussing what it was like growing up the son of an interracial marriage and trying to break into the music business.

The famed Canadian author of The Handmaiden’s Tale has also built up good will with her poetry skills. She will be presenting her  newest book of verse Dearly: New Poems at this year’s virtual Book Fair.

The modern master of noir who is best known for Devil in a Blue Dress (which was later adapted into a Denzel Washington movie) will present a new collection of short stories The Awkward Black Man.

The Broward County resident became an activist against gun violence when his teenaged daughter was one of the victims of the Parkland shooting. His first book Find the Helpers: What 9/11 and Parkland Taught Me About Recovery, Purpose, and Hope discusses his journey after an unimaginable loss.

The United States Poet Laureate’s will discuss a collection of poetry she edited, When the Light of the World Was Subdued, Our Songs Came Through: A Norton Anthology of Native Nations Poetry. We ran an interview with Joy last year you can read here.

Miami Book Fair always comes strong in representing comic books (or graphic novels if you prefer). This year brings one of my personal favorite comic writers in Brubaker. His Criminal comics are always a dark, dark treat. His best known comic became the basis of the 2014 movie  Captain America: Winter Soldier.