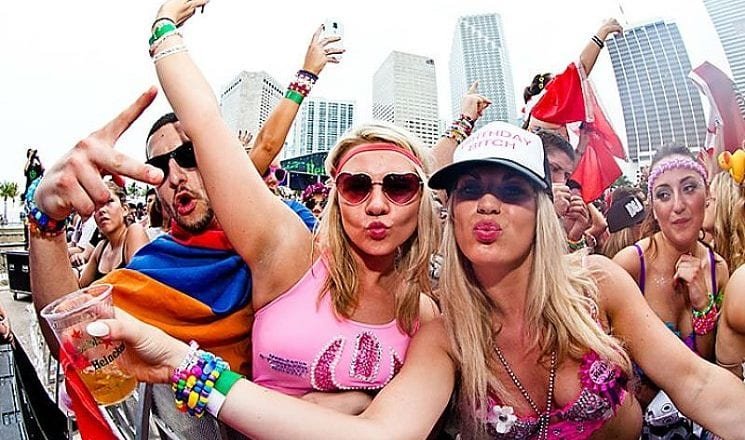 Happy new year and congratulations on making it through 2018. Right now though you’re probably bored and looking for things to do in 2019. For the restless among you seeking diversions here’s a chronological list of Miami’s cultural happenings set to occur in the early parts of this coming year that you can mark in your shiny new 2019 calendar.

GroundUP Music Festival, February 8-10, at North Beach Bandshell. For the third year the music label puts together a low-key three day festival on the beach headlined each night by a jam with the band Snarky Puppy. Other acts this year include David Crosby, Andrew Bird, and Lalah Hathaway.  Tickets go for $85 a day or a weekend pass for $225.

III Points, February 15-17, at Mana Wynwood. Celebrate President’s Day Weekend exactly how Donald Trump wouldn’t want you to with an eclectic array of amazing music. This year III Points has one of their best line-ups with literally something for everyone from old school hip-hop in Raekwon & Ghostface Killah, younger rappers in Tyler, the Creator and A$AP Rocky, garage rock in Ty Segal, neo-soul with Erykah Badu, and even old school jazz with Herbie Hancock. Tickets cost $72 for individual dates and $205 for weekend pass.

Coconut Grove Arts Festival, February 16-18, at Coconut Grove. Since 1963 this street fair has grown into one of the largest outdoor arts festivals in the United States. They expect over 120,000 people to make it this year on the winding streets of Coconut Grove to check out art, music, and street food.

Miami International Film Festival, March 1-10, at various locations. They’ve yet to announce the program for this year’s spate of films, but every year since 1983, they’ve brought a wonderfully diverse program heavy on foreign and independent cinema you won’t have any other chance to see in a theater.

Calle Ocho, March 10, at Calle Ocho, SW 12th to 27th Avenue. Nothing is as Miami as this annual street fair. The music has yet to be announced but there will certainly be a croquetta eating contest.