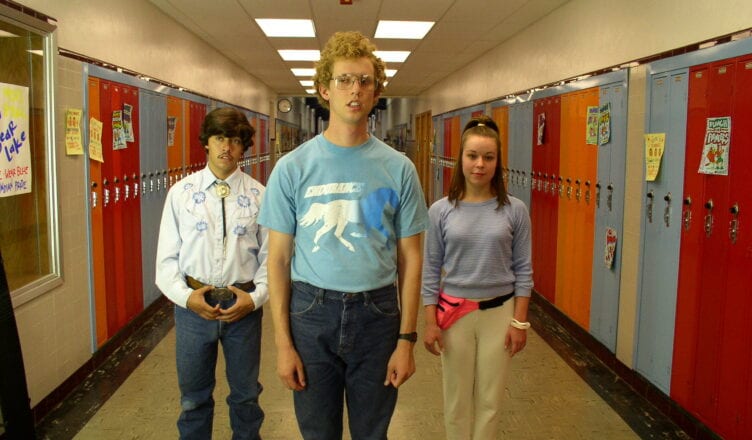 As anyone who has a school aged child already knows and as anyone who has to drive during rush hour is about to find out by the uptick of cars on the road, school is back in session in Miami-Dade County today.

The state mandates we send our little ones into their care for six to seven hours a day for some educating. We can only hope the good things they learn outweigh the bad. They’ll be inundated with some reading, writing and arithmetic, but the kids also have to deal with Code Red drills. These are a little different from the fire drills of yore. During Code Red the entire class hides in a closet to simulate the next possible school shooting that hopefully hits somewhere else than wherever my or your kid goes.

But progress is a slow, slippery slope. While school shooting drills seem like a primitive ritual torn out of the 1950’s handbook where schools would prepare for nuclear warfare by having children cower under their wooden desks, there has been some positive evolution in the school system. Teachers seem to be a little more sensitive than the Dade County Public Schools I survived in the 1980’s where my ear got pulled when I was out of line or one stylish eight year old kid would have his rattail pulled if he wasn’t paying attention.

Now the law mandates teachers have to keep their hands to themselves. Some might think that will make the future generation soft, but it also might make them a little more trusting in authority than the cynical generation I’m a part of.

I’m clueless what effect their being forced to wear school uniforms will play out on their futures. The idea behind uniforms seem to be they will prevent bullying for kids who can’t afford the newest styles or maybe just lack style in general, but will it make them all conformists? And won’t the bullies just find something else to pick on?

Regardless of the changes our school years shaped us. They’ll undoubtedly shape our children too. Teachers will inspire and they’ll discourage. New friends will be made and enemies too. And one day with a little bit of luck, maybe in the year 2042, today’s students will look back at the school days of 2019 as their Golden Years.