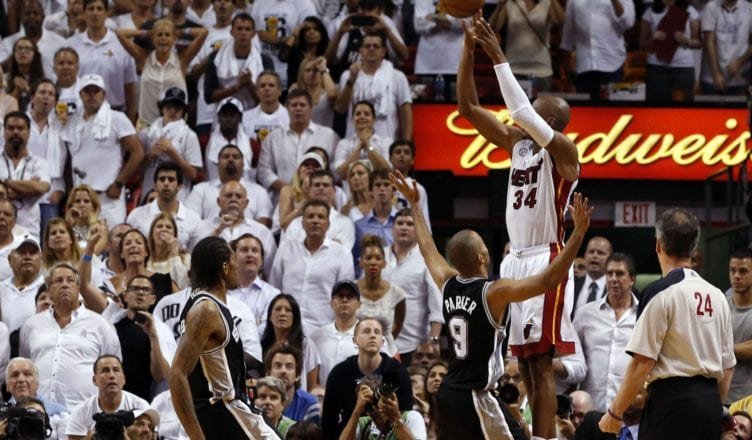 Miami doesn’t have the best track record when it comes to being a sports town.

From the infamous Miami Heat walkout of  June 19, 2013, to the lackluster support of the floundering Miami Marlins franchise, the rest of the country sees South Floridians as fair weathered fans. However, the majority of those opinions are Ill-advised and usually come from non-Floridians or self-loathing Miamians.

Yes, I’ll admit that Miami may not have the richness of sporting history compared to Boston or even Los Angeles, but what it does have is passion and a constant will to win.

The narrative that Miami is bad at supporting their teams stems from a couple of different things that are completely unique to South Florida.

Being the home of extravagant lifestyles and wealth, you often see most Heat/Marlins/Dolphins season ticket holders on the sidelines flashing their AP watches on one hand with a cup of Heineken in the other. That’s not to say that they aren’t true fans, but to most people, they see this as the ultimate status of ‘fairweather,’ as if wealthy people can’t be avid sports fans.

On the contrary, one can argue that Miami has some of the most loyal sports fans in the country. South Floridians live by the motto of “if you build it they will come,” and that’s been the mantra over the past two decades or so.

just as much as they hate seeing their teams perpetually wallow in mediocrity. That’s why (I’m sorry baseball fans) most people don’t pay attention the Marlins because of their owners track record of complete and utter incompetence. In the Miami Heat’s and Inter Miami’s case, they make sure to either a.) listen to their fans (i.e Inter Miami) or b.) establish a culture that sees championships coming in five to seven-year increments (i.e Miami Heat); that’s why the fan bases to both of these teams are so strong.

How is this any worse than other cities or their sports cultures? It’s no different in New York City or L.A. where crowds don’t show up if the team isn’t doing well. South Floridians are at least open  about their displeasure and will openly disregard a team if they aren’t putting in any effort. If that what gave us the title of “worst sports town,” then so be it, at least we have Jimmy Butler.