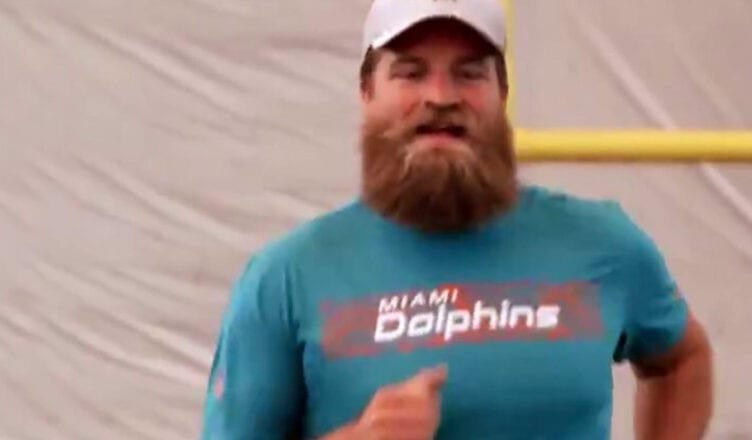 Miami Dolphin fans have the toughest decision they’ve had to make in years.  For the first time in a decade the starting quarterback position is up for grabs. There’s no Ryan Tannehill or Chad Henne being gifted the chance to be the heir to Dan Marino. And so the Dolfan who likes to wear the jersey of his team’s quarterback has a hundred dollar decision to make. Should they order the Ryan Fitzpatrick jersey or the Josh Rosen jersey? We’ll break down the pros and cons of each option. But either jersey should age better than your  Ryan Tannehill jersey.

Do you want the jersey of a player who might be with the Dolphins for a long time?

Get the Rosen jersey.

Ryan Fitzpatrick has started games for eight teams going into this season. The Dolphins will be his ninth. Odds are that there will be a team number ten. Unless  that is, he decides to retire after this season as he’ll be turning 38 this November. Josh Rosen meanwhile was a top ten draft pick last year and is only 22 years old. Meaning if he’s halfway decent the Dolphins will probably stick with him for at least a couple years.

Do you want the jersey to have a better chance of putting a smile on your face?

Get the Fitzpatrick jersey.

Even though Fitzpatrick in his 14 seasons has never led a team to the playoffs, he has made fans so happy that he earned the nickname FitzMagic. In 2011 he started the Bills off to a 3-0 record including a victory against the mighty Patriots. In 2015 he led what everyone predicted to be an awful season into a 10-6 team. And who can forget last year in Tampa Bay where he became the first player in NFL history to have three consecutive games with at least 400 passing yards? Sure Jameis Winston took back the starting job, but ask Tampa Bay Bucs fans whose jersey they’d rather wear, a Fitzpatrick or a Winston jersey and the answer will rhyme with it’s tragic

Are you a white guy who can grow a full beard?

Get the Fitzpatrick jersey.

To most people in Miami all white guys with thick beards look identical. Depending on how this Dolphins season goes you might get free drinks or your meal taken care of when people mistake you for Ryan Fitzpatrick. Worst case scenario from being mistaken for Fitzmagic is you might get a high paying job offer since everyone wants to pay a Harvard grad like Fitzpatrick big bucks. Hell, the Dolphins are paying him close to 6 mil this year.

Do you want the jersey of a guy who had a hot tub in his dorm room?

Get the Rosen jersey. 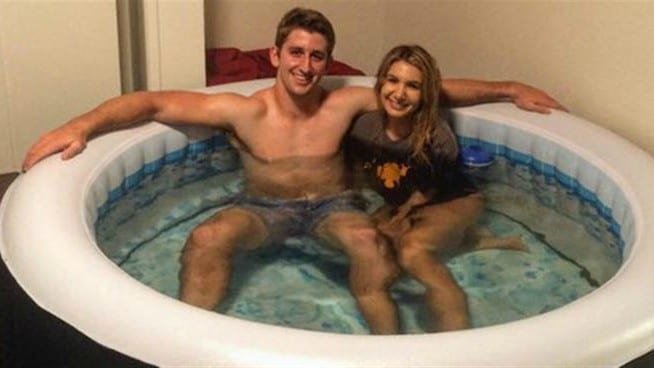