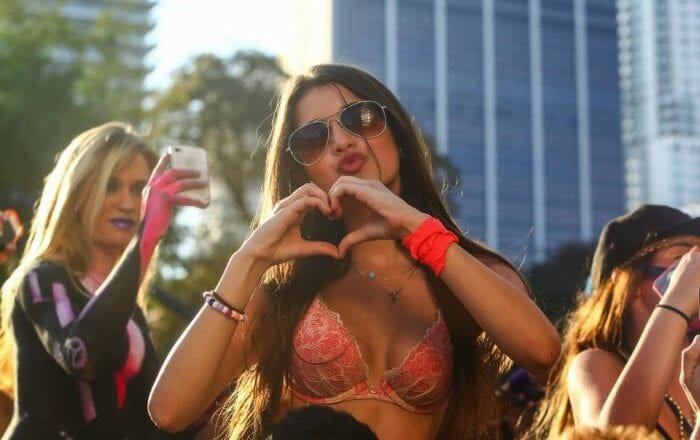 The Super Bowl is over. The Ferris wheel on Ocean Drive has already come down. Now what?

Well for one thing Miami, don’t say there’s nothing to do. From now until the weather gets bad there’s a ton of activities to keep you busy before the mosquitoes return. For your convenience here’s our Miami festival guide for spring 2020.

GroundUP Music Festival, February 14-16, at North Beach Bandshell. For the fourth straight year the music label puts together a low-key three day festival on the beach headlined each night by a jam with the band Snarky Puppy. Other acts this year include Michael McDonald, Lila Downs, and Lettuce.  Tickets go for $85 a day or a weekend pass for $225.

Coconut Grove Arts Festival, February 15-17, at Coconut Grove. Since 1963 this street fair has grown into one of the largest outdoor arts festivals in the United States. They expect over 120,000 people to make it this year on the winding streets of Coconut Grove to check out art, music, and street food. Tickets cost $12 for a one day pass.

Miami International Film Festival, March 6-15, at various locations. Since 1983, Miami International Film Festival has  brought a diverse program heavy on foreign and independent cinema you won’t have any other chance to see in a theater. This year’s line-up includes a documentary on Walter Mercado and The Burnt Orange Heresy  starring Mick Jagger.

Calle Ocho, March 15, at Calle Ocho, SW 12th to 27th Avenue. Nothing is as Miami as this annual street fair. The music has yet to be announced but there will certainly be a croquetta eating contest.

Ultra Music Festival, March 20-22, at Bayfront Park. After last year’s disaster at Virginia Key, the world’s most famous electronic music festival is coming home to Downtown Miami. Headliners this year include Major Lazer, Afrojack, and David Guetta.  Three day tickets cost $399.95 as we write this, but will go up.

Miami Open, March 23-April 5, at Hard Rock Stadium. For those looking to chase the sporting high from the Super Bowl, you can return to the scene of the big game for the Miami Open. All the big names from Serena to Federer to Nadal traditionally play the tournament. We’ll see if this year more crowds show up at this less than ideal venue for a tennis tournament.

III Points, May 1-2, at Mana Wynwood. Miami’s premier music festival moved back in teh calendar for 2020 and also condensed into a 2 day event. This year III Points as we predicted features The Strokes and Stereolab, but also bring to Miami Disclosure, Wu-Tang Clan, Robyn, Ariel Pink and a ton of local acts. Two day tickets cost $149 as we write this, but will go up.