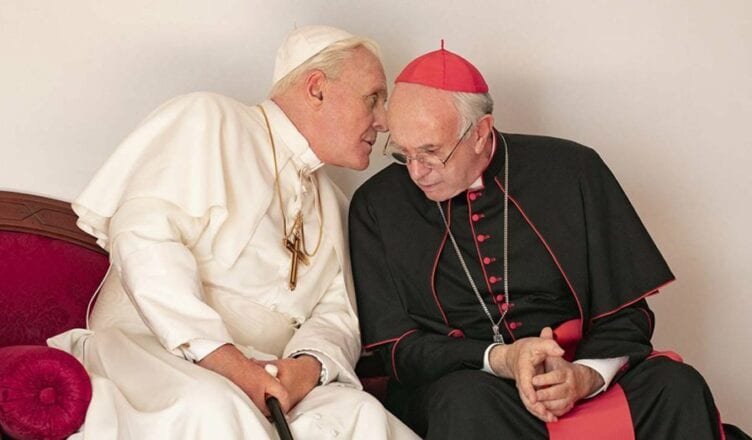 This past weekend demonstrated  South Florida audiences movie lovers are willing to leave the comfort of their homes. even for flicks not based on comic books or old Disney cartoons. For four days and nights cinephiles crammed Tower Theater for Miami Film Festival GEMS to catch critically acclaimed movies before they were released. Even movies that will be streaming in the next month on Netflix like Dolemite is My Name and Marriage Story drew healthy audiences to this film festival held on Calle Ocho.

The winner of  the 2019 Gigi Guermont Audience Award selected by paying audience members was The Two Popes  directed by Fernando Meirelles who previously made the classic City of God. Parasite was voted first runner-up, with  Honey Boy and Craig Brewer’s Dolemite is My Name tied for second runner-up.

Of the movies I was able to catch Pain and Glory was further evidence for the case that Pedro Almodóvar is the world’s greatest living director. The Spaniard gets seemingly autobiographical in this story of a lonely, chronically pained  film director trapped in his past which makes him unable to live in the present. This is a character driven piece that has a slower roll than Almodóvar’s Oscar winning movies All About My Mother and Talk to Her, but Pain and Glory has enough honest laughs, and a unique enough specificity that should keep you entertained until an ending that reveals the movie to be an ode to the creative process.

Motherless Brooklyn was more of a mixed bag. This movie starring, written and directed by Ed Norton, based on a Jonathan Lethem novel by the same name, was a noir rip-off of Chinatown. But of course there are much worse movies to steal from. Once you get over Norton’s hammish interpretation of having Tourette Syndrome, Motherless Brooklyn takes you on a roller coaster of a whodunit with some enjoyable character actors like Willem Dafoe, Alec Baldwin and Bobby Cannavale. There’s a lot of plot in this movie set in New York of the 1950’s, some might say there’s too much story, but in an idiocracy where Joker is considered an “adult” movie (and actually wins film festival awards???!!??), that’s kind of a refreshing problem to have.