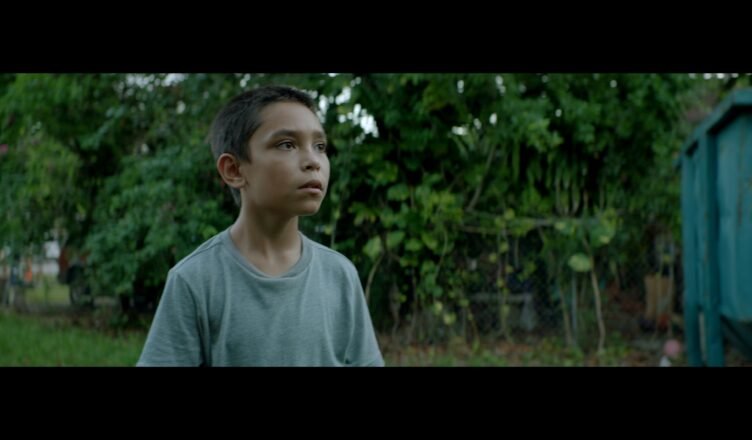 As a filmmaker, I consider writing a film to be a journey — especially with a personal one like With His Eyes Closed which hits so close to home. Through this work, I witnessed genuine power.

I have always been fascinated by using storytelling to examine different perspectives. Something is rewarding about the process of filmmaking as a medium to make a statement and question values we usually would not consider.

During the making of the film, I sought to question manhood and honor for sexuality in the early years of a boy. When does one become a man, and what does that even mean? I questioned this many times and recalled memories from my own childhood and experiences from my close circle, which shaped pretty much the journey of the two brothers. Ultimately, creating a narrative that provoked a shift in society and challenged a conversation that needed to exist.

It was certainly not an easy task to shoot a project about such strong topics when having so young actors. Andres and his younger brother Miguel are living under their abusive father. Andres faces his first intimate experience, and nothing remains the same. Luckily after challenging castings, we found terrific, talented kids who ended up impressing our team with their maturity and professionalism at all times. It was a fulfilling experience to see the characters come to life.

With His Eyes Closed was truly unprecedented for me.

This is probably one of the most personal projects I have done in my whole career and which I am sure I will carry for the following years close to my heart. It was not like other projects where I fell in love with a script. This was somewhat a vulnerable experience instead.

The films I make seek to represent actual experiences on the big screen. That is why representation and inclusion have always mattered to me. I realized a necessity to broaden cultural perspectives and embrace people from all backgrounds. My characters are real. My stories are from the Miami where I grew up. There are already quite some films and shows about partying and beaches. It’s time for real representation and even more with the Latino community.

I am so grateful for my team, everyone who believed in the vision, and all the work they put in to make this project happen. It was certainly not easy. We shot this project in the middle of a global pandemic, but luckily it was selected by one of the most influential and most prominent Film Festivals, LALIFF. We had the honor to premiere at the Chinese Theater, which is the dream of every filmmaker. It felt surreal.

The film community has so well received the film, and now we have the honor of having our East Coast Premiere at the historic Tower Theater in Calle Ocho on July 24, followed by a one-week theatrical run of three of our films. The event brings together the cast and crew with a red carpet, a performance by beatboxing artist Kamikaze, and the screenings followed by a post-screening reception.

We hope to get as many people as possible and share with our home this wonderful film. Advance tickets are on sale here for the 7 p.m., Saturday premiere (July 24) and upcoming showings.

Jose Navas is a Writer/Director born in Nicaragua and raised in Miami. He studied film at the Miami International University of Arts and Design and heads his production company FlickHouse Studios.