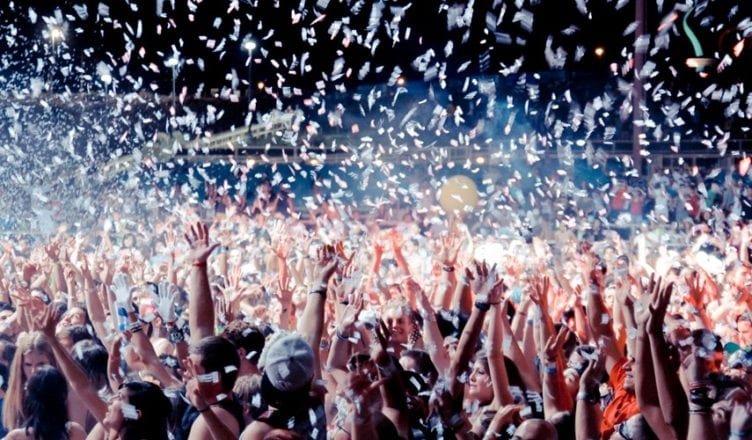 You’ve entered one of the most bizarre, multicultural, misunderstood, beautiful, fastest-growing, yet slowest, corrupt, confusing and craziest cities in the country.

Yup, there’s no place like ol’ Miami. And that’s why those of us who call this city home are so fascinated and proud. But before you start sniffing molly off of stripper’s asses and spinning around some club as it snows ya-yo, there’s some things you need to know.

Miami is inaccurately portrayed by the local, national and international media and in popular culture. We’re not merely a fun-in-the-sun, drug addled home to the weird and wild; to the corrupt and conniving. We’re more. So, as you get ready to party like it’s 2099, if you’re thinking about staying here, think twice. The following highlights what you need to know to survive in 21st century Miami:

Miami Is Not South Beach

But listen. There’s nothing wrong with South Beach. The beaches are pristine. The shopping and restaurants run the gamut in style, flavor and fashion. Beautiful, half-naked people mill everywhere. Local parks like Flamingo and South Point are precious. Some bars and clubs feel local and trustworthy. There are gems hidden all over, but for the most part, it’s too overpriced, crowded and hard to find parking.

South Beach is where tourists go. A majority of people born in Miami have never even been to South Beach, or if they have, not more than a handful of times. Yet when Miami is seen by outsiders, it’s South Beach that gets all the attention. I kinda blame the national sports media. Every sports broadcaster mentions South Beach when promoting a Miami sporting event to a national audience. It’s just wrong. The Heat play in Downtown. The Dolphins in Miramar. And the Marlins in Little Havana.

South Beach, especially Ocean Drive, is simply a tourist trap, equivalent to Las Vegas and its strip. And no matter what some may think…

Miami Is Not the Next Las Vegas

There is this contingent of people, usually outside investors, who have this distorted vision of Miami as the next Las Vegas but even better because we’re on the East Coast and not landlocked. And these outside investors have money. They’re opening clubs and bars and dying to open up casinos and more casinos. Everyone wants to have a “Cirque-style” flavor to their entertainment. And neon electronic billboards are popping up on highways. Yet all of this is not real. It’s another veneer for tourists. The wizard hiding behind Oz. The empty hollowness you feel when all that glitters is not gold. Most that live here don’t want this. And it’s not going to happen because . . .

Miami Is Going Through a Cultural Renaissance

This is probably the best part about living in Miami during the last 20 years. To witness our cultural transformation is toe-tingling. In the last 15 years, we’ve had the birth and rise of Wynwood, the construction of the Arsht Center, the Frank Geary designed New World Center, the AAA Arena, the PAMM and Museum Park and upcoming Science Museum, the retooling of the Bass Museum, the revamping of the Freedom Tower into a world-class museum, the upcoming transformation of Bayside Marketplace, not to mention the countless amount of galleries and small to mid-size venues, bars and public spaces constantly hosting a plethora of art, music, theater, literary, and film events.

And what about our festivals: Art Basel, the Miami Book Fair, the Miami International Film Festival, Downtown Art Days, Miami Music Week and the Ultra Music Festival, Second Saturdays in Wynwood. If you lived here 20 years ago, almost none of it existed. And so much of this is free. The key is to plug in to culture websites like New Times’ Cultist or Time Out Miami to stay in the loop.

Miami’s so weird. It really is…

Our culture is truly developing, but it’s all so ironic because . . .

It’s Hard to Make Friends, So Just Do Your Own Thing

Miami is kind of mean. It is. Not everyone, not everywhere. But this is not the easiest city to make friends. It’s true. There’s a variety of factors why making friends is hard: we are so diverse that some cultures have a hard time meshing; we are so transient it’s frustrating because people inevitably move away; some people here are criminally minded so you have to be on the defense so no one takes advantage of you; others are incredibly shallow and materialistic and chase all the wrong things like fame, fortune and celebrity with a cutthroat mentality; some are obsessed with beauty and whatever it takes to achieve or satisfy that obsession; the drug culture is slightly elevated so some people are just hard to trust or flake-out.

Amazing people live here but one really has to have patience, positivity and faith.

That’s the freaking key: things don’t happen overnight in Miami, you have to chill.

In the last 20 years, a huge influx of Venezuelans, Colombians, and others from a host of Central and South American countries have leveled the Latino playing field, but we still operate on Cuban-time. This simply means that everything in Miami runs late because Cubans (as a stereotype) have a tendency to run late. As someone with a Cuban girlfriend, there’s truth to this cliché.

But Cuban-time does not just include personally showing up late. Cultural events and concerts start late. The buses and trains run late. Classes at the university start late. The movie theater starts its films a few minutes late. Construction of buildings and major projects never meet deadlines. To accomplish tasks in Miami, you must call-then-re-call, then recall-to-confirm, and it might get done.

Unless an event in Miami specifically states sharp, assume it will run late. Coming from a northern city like New York or Boston, this laissez faire attitude must feel gut-wrenching. But mind you, 67% of Miamians are Latino, and many of the 22% of the Black population is of Caribbean heritage (that’s right, only 11% of Miami is white); and as a result of this Caribbean, sun-drenched, slow-paced, island type of vibe, things just take a little longer. Dang. Let’s not even talk about driving.

Whatever You Do, Don’t Live in B.F.E.

BFE stands for Bum F**k Egypt, or basically the middle of nowhere. It boggles a city boy’s mind as to why anyone new to Miami, or anyone young, would want to live in Kendall, Cutler Ridge, Doral, Miami Springs, Aventura, Westchester, Hialeah, Tamiami, The Hammocks, or Pinecrest. No disrespect. It’s understandable why the suburbs look appealing, especially if you have kids, or want more room and..

Miami has a certain level of ratchetness. It’s hidden in the tight pony tail of a girl in Allapattah, or the grill of a dude in Overtown, or the glistening smile of a Downtown lawyer or politician, or the stumbling gait of the drunken homeless man. It bounces off the flexing pectorals of a Miami Beach cop, or the big hoop earrings of that princess of Miami High. It hides in the {{{BASS}}} of some 11th street club, the crooked scowl of a dude tagging a wall, or in the hating comments of a troll on a blog.

Ratchet is a colloquial term derived from the word wretched, meaning dirty, miserable or nasty. The term first appeared in pop culture in Ken Kesey’s 1962 Pulitzer Prize winning novel One Flew Over The Cuckoo’s Nest, in the antagonist of the character Nurse Ratchet. Somewhere along the line, southern hip hop, in cities like New Orleans, Atlanta and Miami adopted the term in its music and street culture. Then, pop artists like Beyonce and Lady Gaga co-opted the term on Instagram wearing jewelry so there’s a debate if “being ratchet is a compliment or an insult.”

Ratchet indeed comes from a place of wretchedness. But what makes Miami ratchet is a blatant and pronounced gap in socioeconomics and a glaring deficiency in education. Understand this. There is hardly a city in this country with more income inequality. Most of Miami is dirt poor and remedial in education.

That’s not saying we’re unintelligent, ignorant or victims of any kind. We’re not. We’re just the most immigrant city in the United States trying to come of age during a period in history when the American dream is at its most trying time. That’s more ratchet than anything you’ll see on the street. Yet at the end of the day . . .

Miami Music Week Will Always Be What You Make of It

So care about this city, even if it feels like Miami doesn’t care back.

And continue to care. And attempt to give and share.

Because we’ll all be better for it in the end…