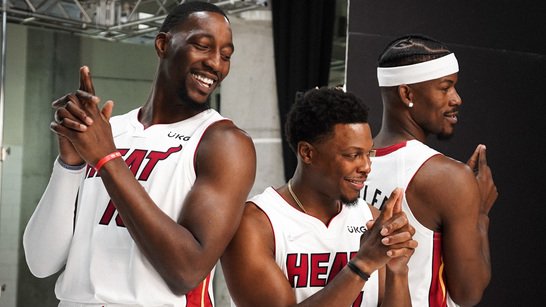 Following last years loss at the hands of the Milwaukee Bucks, Pat Riley and Eric Spoelstra immediately got to work improving the Miami Heat. Miami’s front office did a terrific job recognizing weak points and wisely invested capital in areas that needed aid.

Perimeter defense was bolstered by signing championship guard Kyle Lowry who also will fill the void left behind by Goran Dragic. Lowry is a great player who seamlessly fits Heat culture and is very close with fellow guard Jimmy Butler. Forward PJ Tucker was brought in from Milwaukee and is expected to play a major role on this team. Tucker is tough, strong, a grinder who’ll put his 6’5 frame on the line every single play. Tucker is another addition who completely embodies Heat culture both on and off the court.  Forward Markieff Morris also brings toughness and championship pedigree which is something Miami lacked last season.

Miami’s coaching and front office staff earned league-wide respect for being consistent and having complete conviction in their players. Pat Riley is an incredible team builder because he knows which traits are conducive for winning and never rests on his laurels. Miami’s system is predicated on hustle, toughness, selflessness and instincts, all these qualities resonate with our new additions.

Miami Heat beat the aforementioned Bucks in our home opener 137-95.

Milwaukee was short handed, but the intensity and speed of the Heat was undeniable. All signs point towards a successful season and a return to the playoffs hopefully with a first or second seed. Miami can certainly win a championship with this roster. A decent argument can even be made that this is the most talent since the “Big Three” era. Some impediments in their way would obviously be injuries but outside of that I don’t see many holes or areas of immediate concern.

The season could not have started fast enough considering Miami’s football teams might be the worst in their respective leagues. For now we will rally around the Heat and hope their success carries into the winter months.