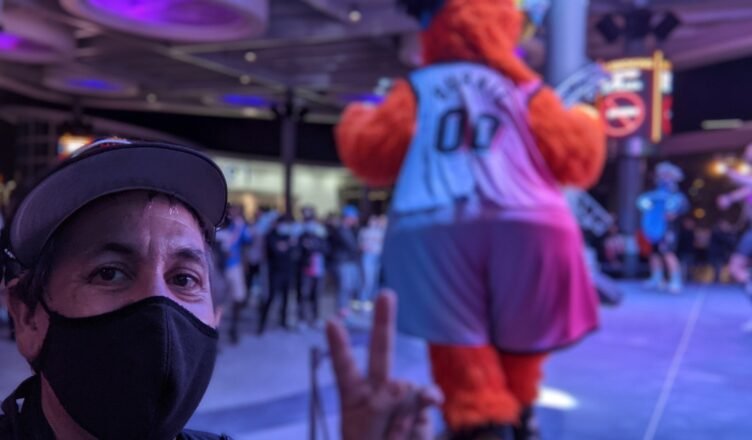 Thursday’s game against the Clippers represented the first game back but oh boy, is it nowhere near back to normal. We went, as fans, not media, and have no skin in the game. So we will stay in the truth: the Miami Heat are being extra AF in their Covid-19 rules.

For starters, they let only 1,500 fans in or about 8% of capacity. Only season ticket holders are allowed in, although tickets can be found on exchanges like Ticketmaster, Vivid Seats or Stub Hub.

Furthermore, for some stupid reason, only one gate is open. Gate 5. It’s the entrance furthest away from parking, in the back, near the water. So between the walk and the line, it takes some time to enter.

Then the protocols are super militant while in line, especially with the Covid-19 sniffing dogs. Typical usher: “Stand still, there, on the stickers, feet apart. Put your right hand on your side, hold nothing in it. Don’t move. I said DON’T MOVE.”

Soooo extra, as dogs quickly walk past your line of twenty.

Miami Heat Games Back, Sort Of

Once inside, prepare not to eat or drink. All concessions are closed. No food or alcohol. It makes you hungry and thirsty looking at all the concessions and yummy beer that you could normally buy.

The water fountains? Off.

No food or drink. Correction. They sell soda, water, chips and skittles, outside only. Nothing inside.

Walking through the arena you are bombarded with social distance signs and sanitizer stations.

At your seat, again super extra.

90% of the seats are zipped shut with zip-ties so they can’t be opened. The game is awesome, of course, but the arena is blasting with computerized crowd noise, as if fans weren’t there.

That was annoying. They need to nix the fake crowd noise. The Heat dancers are outside and broadcast during their routines.

But beyond all that, it was still a Heat game, and although we lost a close game, it was really really cool to be back. And they’ll get it back to normal soon enough.

It’s awesome Miami Heat fans are allowed back into the arena. We join fellow Florida cities Orlando and Tampa in giving those willing to take advantage of Florida’s lax Covid-19 rules. There is one difference between the Miami Heat and every other team allowing in fans.

We were in the Finals last year.