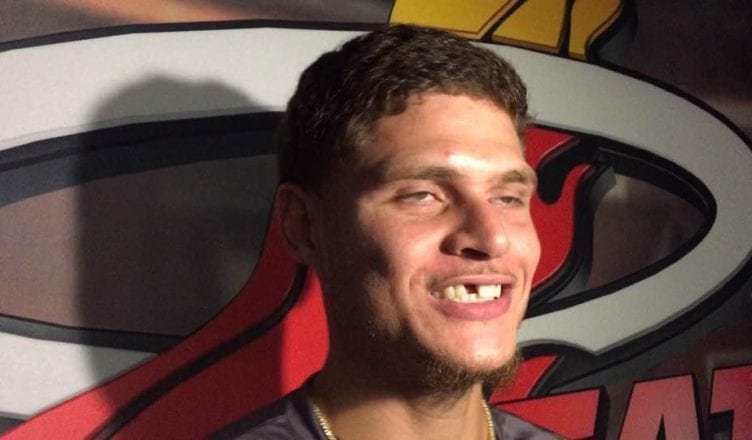 Yo, I’m man enough to say I choked up when I heard the Miami Heat lost Tyler Johnson. I got all teary eyed and poured out a cold one. I thought he was dead.

Then I was at my boy Javi’s pad toking a one hitter watching late night basketball when I said Yo is this Ghost Weed?

But I was seeing a ghost. Tyler Johnson was balling wearing a Phoenix Suns uniform.  I was like he’s dead, but Javi laid it all down for me No man the Heat traded Tyler Johnson.

Why we do that? Homie kept it real losing all them teeth.

He’s making too much money. Tyler Johnson makes $19 million a year and the Heat want to spend that money on other people.

Even worse the Heat had to take back a tall white guy to get rid of TJ. The Heat already had one tall white guy. We don’t need two. This ain’t the 1950’s.

People be like when the Phoenix Suns come to play Miami February 25 we need to cheer TJ and make some whack video saying how great he was. Yo, where I from you get caught robbing someone, you go to jail. Tyler Johnson taking all the money from the Heat when he ain’t that good was robbery. I’m going to that game and booing the hell out of him.

Javi be like Yo, have some respect. TJ lost his teeth diving for loose balls. Boy hustled for his money.

I be like, Foo, you know what kind of grills you can get for 19 mil? You got that kind of flow you can buy all kinds of teeth. You can get fangs.

Unless TJ comes to that game throwing out hundos like he’s at Tootsies I gonna boo him.  At least he owes me the beer I poured out for him. I need one for a real fallen Miami Heat hero.