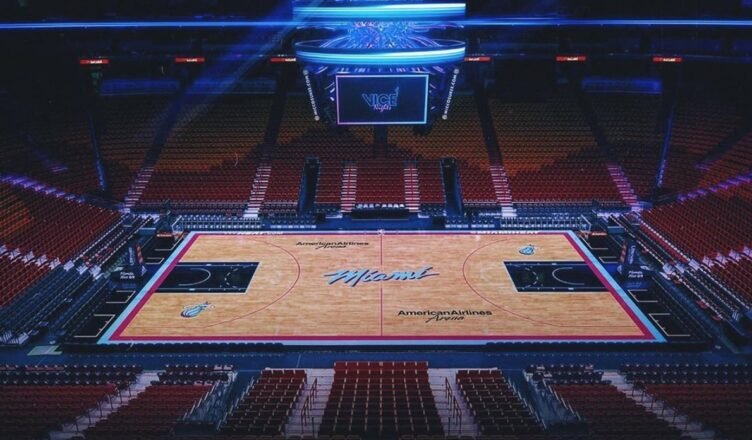 It’s opening night in the NBA. One of the season’s biggest questions is will fans be allowed in the arena. As of now only four teams are allowing fans inside in a limited fashion: the Toronto Raptors (playing in Tampa) Utah Jazz, Orlando Magic and the Cleveland Cavs.  The Heat said no fans for the season opener, a noon game on Christmas Day. But after that, we don’t know. Miami Heat fans should learn soon if they will be allowed inside the arena. The answer should be yes but the question is just how many?

In Utah, 1500 fans will be allowed in the lower bowl. The Cleveland situation, like most things related to Cleveland, is a joke. A paltry 300 fans are allowed to attend.  But Florida, well, Florida is another story.

If you didn’t know, the Raptors are playing Home games in Tampa this season because Canada doesn’t want Americans on their soil.

In Tampa, 3,800 fans will be allowed to attend games, not bad. In Orlando, the situation is even better for fans with 4,000 allowed inside. The Miami Heat should settle on a number similar and let 4000 fans inside.

It’s understandable why someone wouldn’t want to attend a sporting event inside, and there’s a perfect solution for those fans: don’t go. If we can eat inside restaurants and crawl around retail and supermarkets, we can attend a socially distanced Heat game with the same protocols, wear a mask and chill. We have a banner to raise damnit.

You know the 305 deserve inside for that.

Moreover, if we can go to school inside or fly on a plane, there is no reason why 4000 Miami Heat fans can not enjoy a live game. Yeah, Miami-Dade County has the highest COVID numbers in the state, but still, it’s a big, big arena, and sitting let’s say 10 feet apart will totally keep us safe.

The virus is airborne but it doesn’t have wings. It dissipates into nothing after a few feet in the air. Plus, vaccines are here.

We are defending Eastern Conference champs. Let us see our home squad, if we want. If you don’t want to go, don’t.

Let’s take advantage of Florida’s relatively loose COVID policies. Who cares what other states think. Deep down, sitting in their frost bitten cities and liberal states, they will feel only jealousy witnessing Miami Heat fans cheering on one of the best teams in the league.