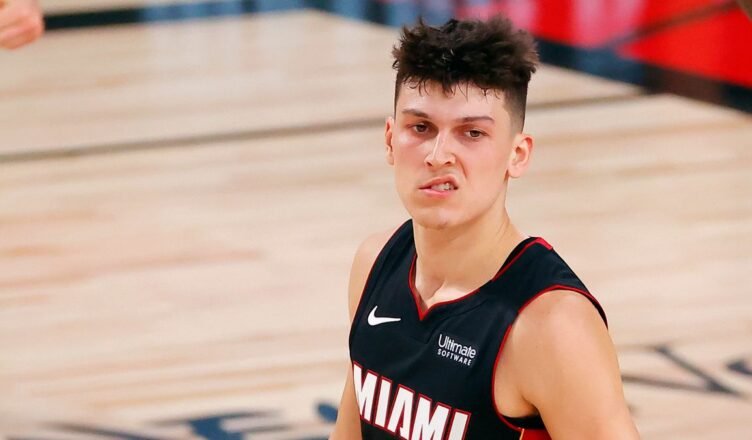 The 2020 Miami Heat Finals run was exhilarating, spectacular, and most of all unexpected. The Orlando bubble provided a perfect environment for a young and energetic Heat team to thrive and surpass expectations. This year however the return to near normalcy plus several injury issues have sunk Miami to a pedestrian .500 record.

Frustrations quickly took root prompting many to ponder whether last year’s success was merely a flash in a pan. Tempers have cooled recently with Miami winning 7 of 10 including a gritty performance against the league leading Utah Jazz (27-9). Miami has historically always been a better second half team and there’s no reason to suggest why this year should be  different. But what exactly went wrong? Has Miami simply not played well, or did they regress to the norm more on scale with this team’s true talent?

The Miami Heat and the Los Angeles Lakers each have had the shortest offseason in NBA history. Miami has been bailing water while the Lakers have remained near the top, though they too have had their share of struggles. Miami may have the edge in coaching and depth, but Los Angeles has two superstars and future hall of famers in Lebron James and Anthony Davis. Without this caliber of players, it becomes very difficult to compete year after year and the chances of a repeat finals run become slim.

This is not what many want to hear but it is an objective truth. Jimmy Butler and Bam Adebayo are great players, but they can’t steady their team’s pendulum quite like a Lebron or Anthony Davis. Miami’s work ethic and culture keeps them afloat were most teams would fail, but without consistent productivity and dominance from MVP caliber players you’re not going to the Conference Finals every year.

The Heat have major room for improvement, and it begins with getting everyone back healthy after the All-Star break. Miami can then move their focus to more immediate issues such as their half court offence. Boasting a top 5 defense (allowing 108 ppg) alleviates issues, however scoring (106 ppg) which is 7thworst is completely unstainable is today’s NBA. Miami is last in offensive rebounds per game (7.5) and fifth in offensive turnovers per game (14).

This will certainly improve, many of these problems come from fatigue and general sloppy play. The 3 pointer that carried Miami last year has also dipped, but this can be drawn up to scheme and  bad luck. Often times lackluster play calling along with poor execution dooms Miami into taking a bad or contested shot late in games. Many heroics are great individual efforts which in fairness are part of a scheme but less reliable when pressure is the highest. The offense just looks a step slower this year, hopefully a renewed Jimmy Butler and several injured players returning can turn the tide.

Miami is 11-4 in their past 15 games and now is the time to buy their stock. The NBA media has already written of the Heat and scrubbed them from many national televised games. Intentionally or otherwise Miami has found themselves once again underneath the radar very similar to last year. If Miami is able to recreate that role and get comfortable, we may see them sprint towards the finish. There is no reason to distrust Erik Spoelstra or Pat Riley with ample evidence pointing in the direction towards a turn around. Miami needs to get healthy and clean up the offense, if that is done watch out!