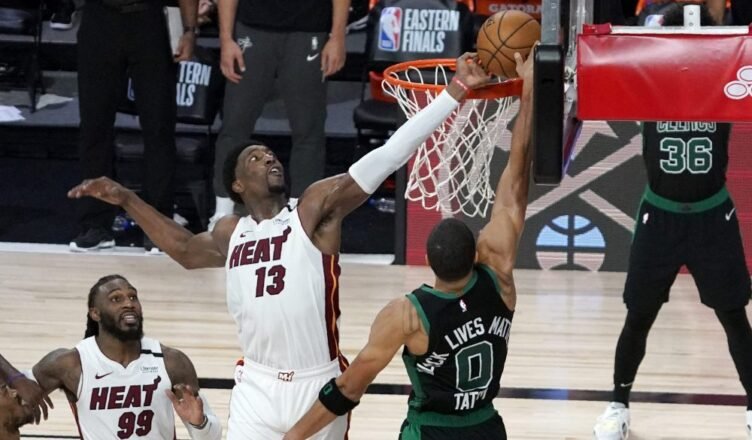 The proudest moments of our lives aren’t defined by wins, losses or numbers on a scoreboard, but by the journey it took to reach a particular destination. The same goes for the teams we root for exemplified by this season’s Miami Heat.

The Miami Heat entered this past season with 75 to 1 odds (+7500) of wining an NBA championship and, based on their roster, deservedly so. A much maligned all-star in Jimmy Butler, a young and unproven Bam Adebayo, an aging Goran Dragic, and several undrafted rookies all led by a coach who many thought was a product of Pat Riley and the brilliance of the Big 3. NBA pundits and Heat fans alike never saw this surprise season coming. A trip to the second round would have been deemed “successful” by all accounts, except for the players and staff in the Heat locker room.

As the bubble season began it became immediately evident that this team had something special brewing. The first step, a clean sweep of stingy Indiana Pacers team, followed by a gentlemen’s sweep of Giannis and The Milwaukee Bucks. Then came six hard fought games against a talented Boston Celtics team which landed Miami in their first NBA finals appearance since 2014. The Heat were habitual underdogs in every series and nearly every game. Despite the success, that national media still couldn’t stomach the fact that an undersized and under talented team had dispatched the reigning  two time MVP from the Bucks , and Boston (the darlings of the NBA) with little to no problems.

Miami Heat found themselves in familiar underdog territory once again

as the predominant thought by all the experts predicted either a L. A. Laker four game sweep, or Miami would quietly bow out in five games. The first game was a 30 point drubbing by the Lakers where both Adebayo and Dragic sustained significant injuries only exacerbated the feelings of a short series. With no Adebayo or Dragic Miami was sailing up the creek without a paddle, but who needs a paddle when you have Jimmy Butler. The body blows mounted throughout game two but the Heat fought much harder and were competitive for all 60 minutes. Fighting against the ropes while dodging haymakers is a tough existence, if Miami wanted any chance to win then someone had to be more than special. Jimmy Butler’s game 3 performance was likely the best by a Miami Heat player in an NBA finals game (yes, even Wade). A 40 point, 11 rebound, and 13 assist masterpiece. The only other players to produce such stats were Lebron James and Jerry (the NBA logo) West.

Miami had thrown a counter punch and now it was the Lakers turn to back pedal and question their own dominance. Game 4 was nip and tuck the whole way but went in favor of L.A. That should have been it, Miami had a nice season and there’s no way they would pick themselves up off the canvas and win a second game in this uneven series. But against all odds and all the pundits Miami won game 5 and were but a mere 96 minutes away from an NBA championship. Game 5 was led by Duncan Robinson’s terrific shooting and another Butler triple double performance. This Miami Heat team had cemented themselves in South Florida folklore.

Unfortunately, the Heat emptied their gas tanks in game 5.

They had nothing left for game 6. But it didn’t matter. Every step along the way they were doubted, cast aside and downright disrespected. Shockingly, after every Heat victory the media would ask questions regarding the other team as if Miami had nothing to do with their own destiny. Miami faced the toughest road and the steepest odds. What should make us most proud is not only the way this team fought for every victory but the respect they gained while doing so. Eric Spoelstra once called overrated now elevated to the best coach in the NBA. Jimmy Butler who had a reputation as a locker room cancer and a team killer , is now seen as an invaluable player on this Miami roster. Not to mention the ascension of Bam Adebayo and rookie Tyler Herro.

This team changed the whole basketball narrative by simply sticking together and overachieving consistently game after game, that’s what makes us proud. Sometimes you don’t need a ring or bling to validate a conquest. The blood spilled and tears shed are enough to hallow the ground and set a precedence for future endeavors to come. Cherish these moments and save the bitterness for when we win once again. Remember the Heat is always on!